These have been three good days on the wireless, a bit of voice, a bit of data and a couple of new DXCC entities have appeared in the log.

After work on day #70 I slapped the radio onto the PSK section of 40m and worked Luca, IZ3NWP near Venice before changing to 80m where I worked F5OSU and PE1POI on JT65.  I had two solid decodes on 80m JT65 from a VK3 station but he didn’t reply to my call.  After that I worked N4ST on 40m JT65 before turning in for the evening.

I was out to the local radio shop on the morning of day #71 but once I returned home in the afternoon I had a QSO on 20m SSB with Pete, HA3MY before changing to 40m SSB and working the HG2110 Special Event Station and then F8CHM, Jean in France.  I then went back to 20m and switched to PSK31 to work a couple of contest stations, UA3PI and IK0CHU in Russia and Italy respectively.  Later in the evening I worked S57YX in Slovenia on 40m JT65.

It was in the very early hours of day #72 that I put out a few more CQ calls on 80m JT65 and was very surprised and pleased to be called by OY3JE in the Faroe Islands, a nice new DXCC entity for my logbook.  I then went to bed and after I arose a good number of hours later I worked PA7LV on 40m PSK31 before switching over to 20m and working WE1H and IS0BZR on JT65.   An hour or so later I had a tune around on 18MHz and heard EW8A, Igor in Belarus calling CQ so I replied and we had a QSO.  That’s the second new DXCC of the day for me!  I finished up by working OH7FMT in Finland on 20m JT65.

I recently started listening to the SolderSmoke podcast and I’m finding it very interesting.  Bill has written a book called SolderSmoke – Global Adventures in Wireless Electronics which I bought recently through Lulu and if you have any interest in radio building and electronics I can thoroughly recommend it.  It’s a good read. 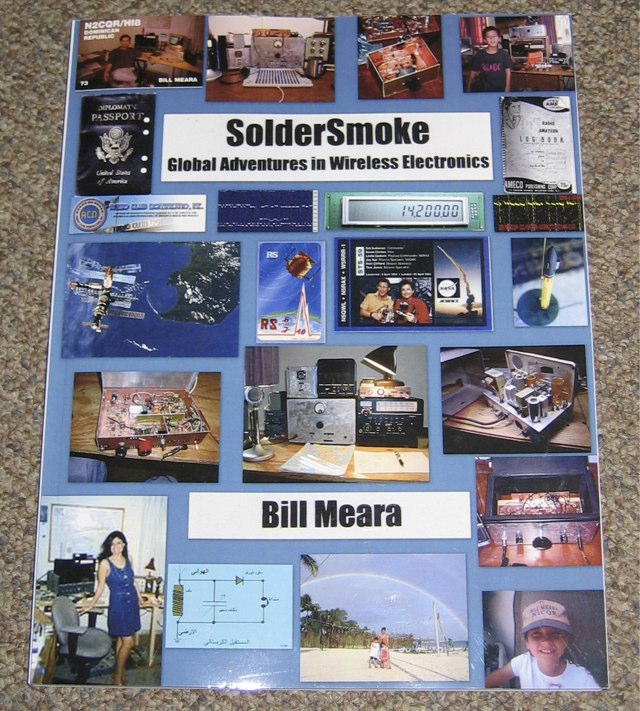