Today was the day of the Kempton Park Rally, this is a rally I’ve not been to before but I wanted to pick up a couple of bits so I thought it was worth while attending.  I also hoped to meet up with a few people I’ve been twittering with for the last six months or so and this was an ideal opportunity.

I got up later than expected and so left home with no chance of getting there for the start but that wasn’t a great problem.  I had three stops on the way, cash, breakfast and fuel and arrived at Kempton Park racecourse at around ten to eleven.

Once in I had a quick wander around and then soon hooked up with some people – In the end I met the following Twitterers: @g1lkj, @2e0sql, @rmc47, @m1acb, @m0mjh and @m3jfm which was an absolute pleasure.  I also had chats with Steve at the @wsplc stand and my sponsor, Martin at the @HamRadioUK stand.  I’ve not seen Martin for many years so it was nice to catch up.

Just before leaving I had a good talk to a gentleman on the Practical Wireless stand and it turned out that he was Steve Hunt, the owner!  I had no idea.

Despite the fact that the car park was absolutely chock full, the rally itself never seemed crowded.  There were a lot of people there but the venue is very large and it was never a crush. 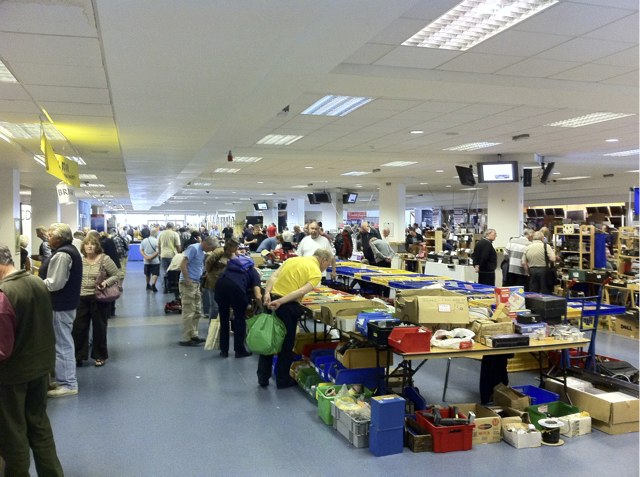 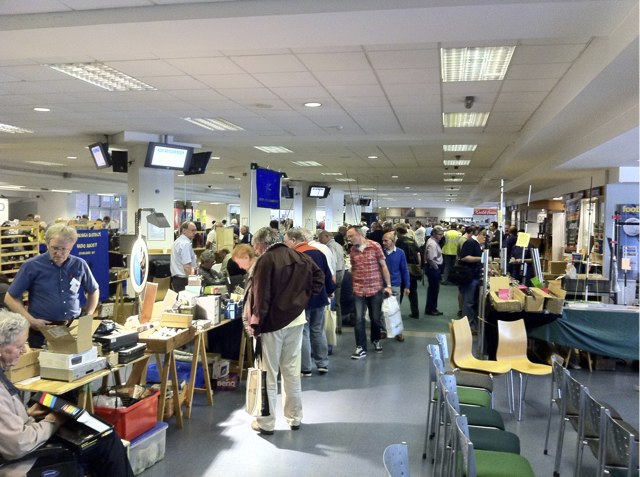 I was hoping to get a couple of books and although they were on the RSGB bookstand, I went back later to find they’d sold out, I’d made the fatal rally mistake of not buying something when first spotted which is a real schoolboy error.  In the end I bought a couple of co-ax switches to save the hassle of me having to repeatedly disconnect and reconnect my aerials to get the right combination, a battery and a handful of ferrite filters for my ADSL modem.  It really doesn’t like me transmitting on 20m and I’m sure it messes up the ADSL profile.  My ADSL modem now looks like this: 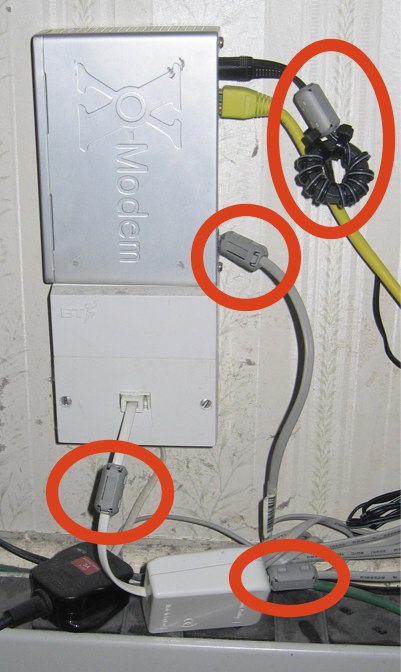 Hopefully that little lot will help prevent RF getting in and knackering my internet connection in future.