In my last update, the final image shows a single section of Alimast standing on the concrete.  I bought four sections of Alimast from Aerial-Parts of Colchester, each being 2.5m long for a total of 10m (33ft).  These four sections were delivered with one being fully assembled and the rest being parts for me to put together myself.

Last night, armed with the twelve pages of illustrated assembly instructions I got to work. 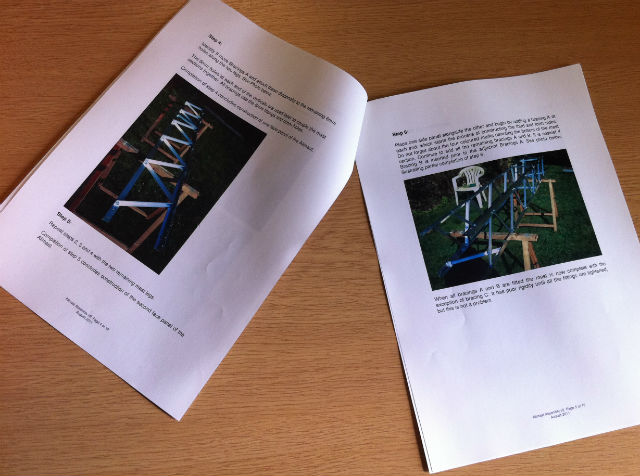 The instructions suggest working off the ground at waist height and I really echo that – I started off with the sections on the floor and it because clear very quickly that it wasn’t a good idea.  I was working indoors without easy access to trestles and so I ended up using the end of a table and the top of a small pair of steps to support the mast as I worked on it.  It wasn’t perfect as it would have been easier had it been a little higher but it was much better than working on the floor.

John says that each section should take around an hour to assemble.  I reckon it took about an hour and a half to put the first section together and that didn’t include going round and tightening everything up.  I’m going to use an electric ‘driver for that as I don’t fancy tightening all those bolts by hand.

The entire procedure was very straightforward.  I don’t do much in the way of building mechanical things on this sort of scale but even I had no problem assembling the mast.  The instructions include the steps for adding rotator and bearing plates and for joining sections together.

This is what I ended up with. 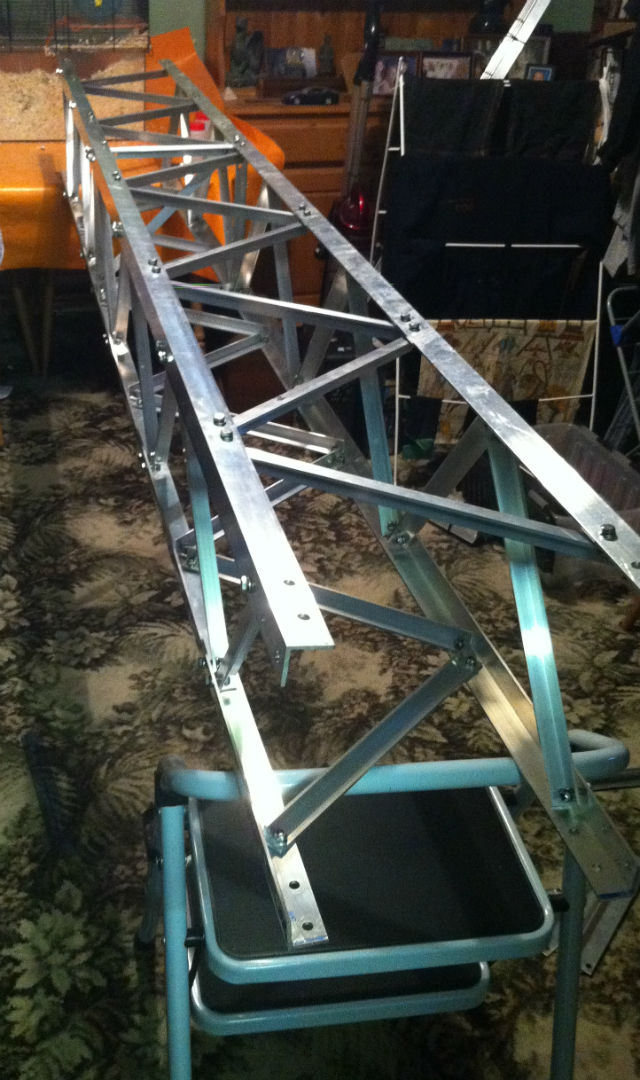 The completed section of Alimast

I’ll build the rest of the sections over the next few days and then I’ll borrow an electric screwdriver to tighten everything up.

To find out more about Alimast and the many other parts and fittings available from Aerial-Parts of Colchester, click here.