The crowds descended on my QTH again today in order to finish what we started back on the 10th September, just six weeks ago.  Today we had Chris, M6GSD, Tony, G0MBA, Colin, M1EAK, Yan, M0YNK, Bill, G0OAX and Chris’ son, Dean here.

To start with, Chris drilled the holes to mount the chemical anchors for the winch. 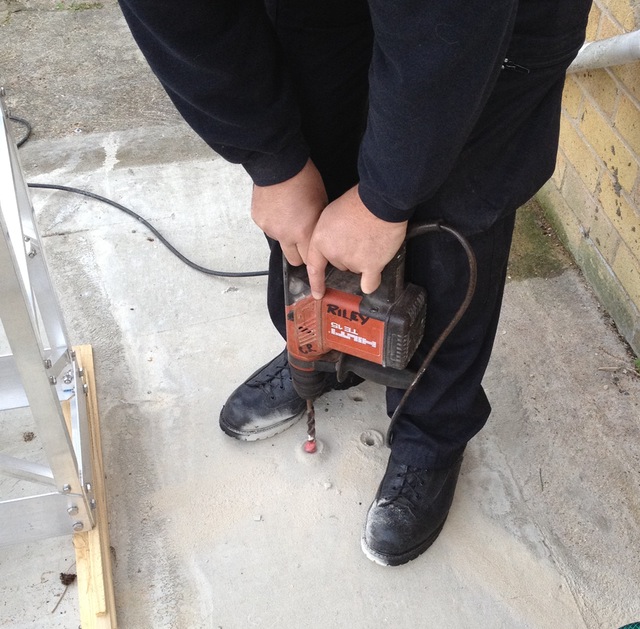 Chris drills holes in the new concrete for the winch 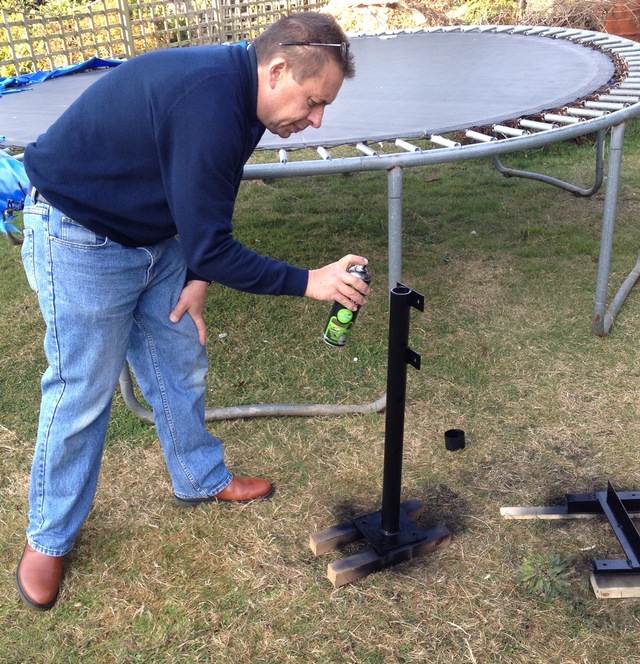 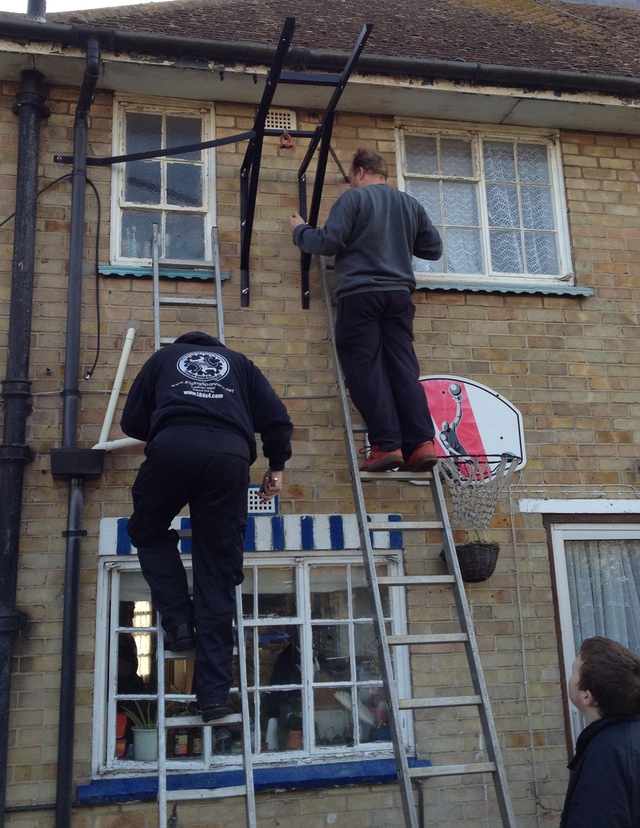 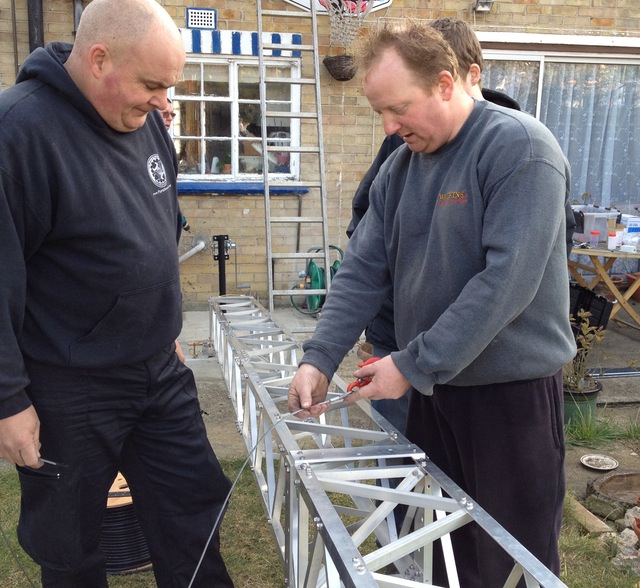 M6GSD and M0YNK fix the winch wire to the mast 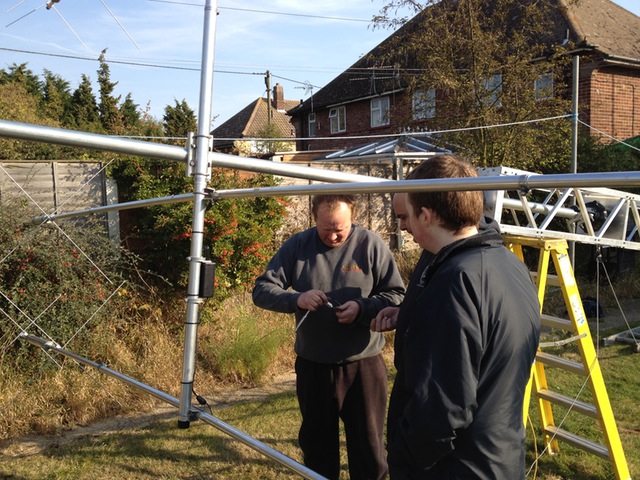 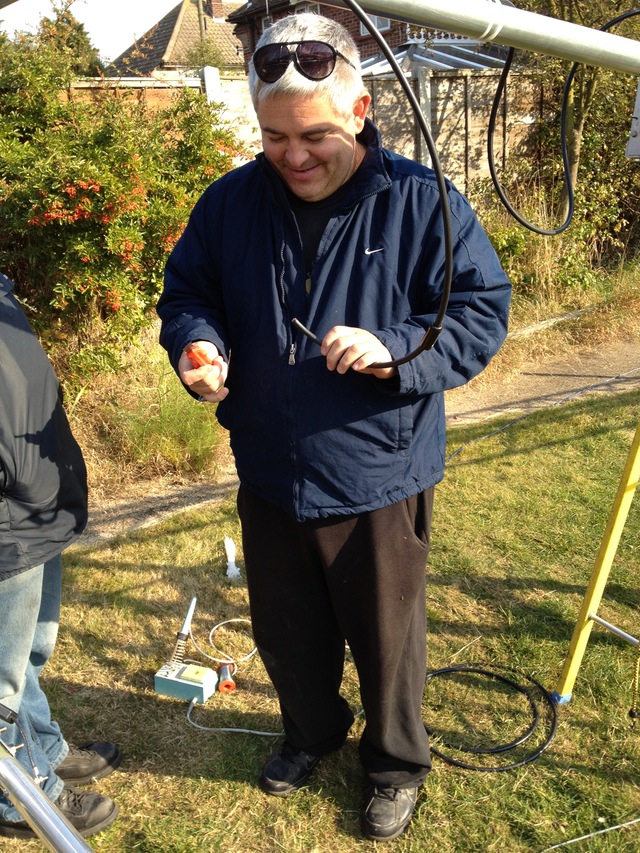 G0MBA putting the PL259 on the coax

With the aerial mounted on the stub mast it was time to raise the Alimast from Aerial-Parts of Colchester up.  We didn’t want to put full strain on the winch because the chemical anchors wouldn’t have gone fully off so we manhandled the mast vertical with the winch just lightly taking the strain.

Once it was up, an aerial analyser was put on the beam and the results were the same as when we’d checked it on the ground – Poor.  The aerial resonated a couple of MHz below the correct places.   We lowered the mast again and tried adjusting it but with no joy, no matter what we did, it wouldn’t tune in the right place.  I picked up the instructions to check (again) that the matching unit was installed correctly and decided to double check the trap orientation.  It was a good job I did because all the traps were installed backwards when I first put the elements together.  I won’t be allowed to forget this, ever!   We took the traps off and refitted them to find the aerial now was pretty much spot on. 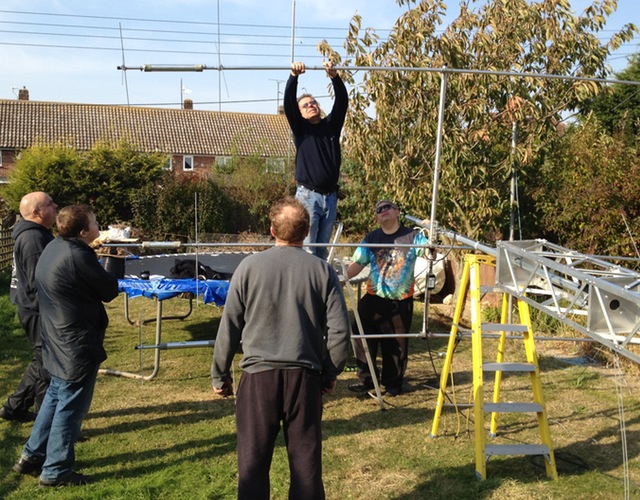 Refitting the traps the *ahem* correct way round 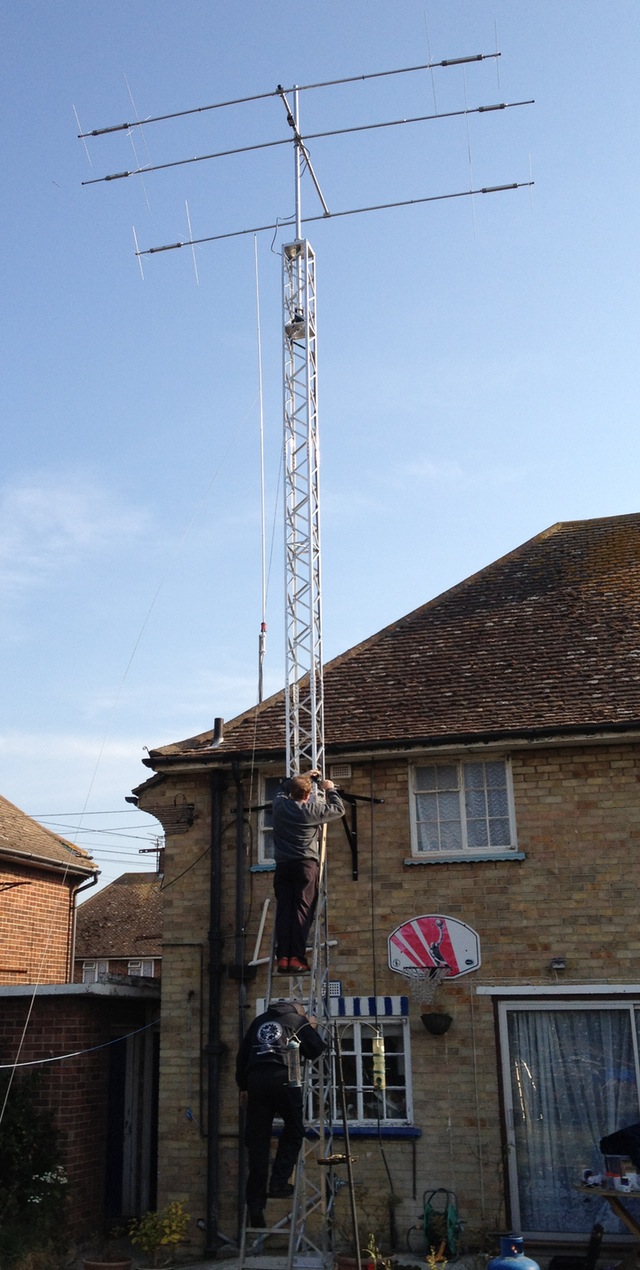 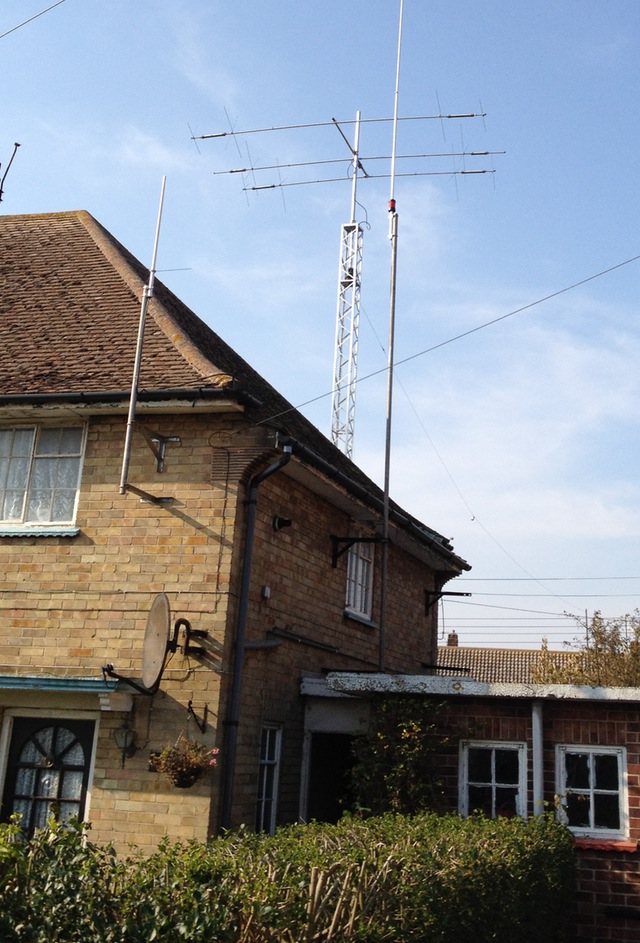 How it looks from the front of the house

Another view from the back

You can see that another side brace was fitted to the main mast bracket so it now has bracing either side to prevent side-to-side movement.  One thing which we weren’t happy with was the home made pulley I blogged about yesterday so at the moment the winch wire is just running through two shackles.  I will get a big proper pulley and replace that in due course.

While this work was being done today, I took down my 40m delta loop and replaced it with an off centre fed dipole (model HW-40HP) from M0CVO antennas. 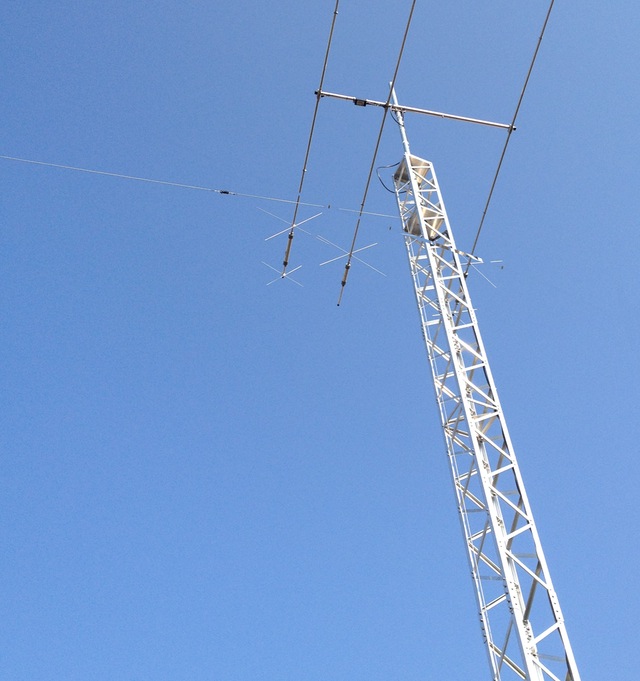 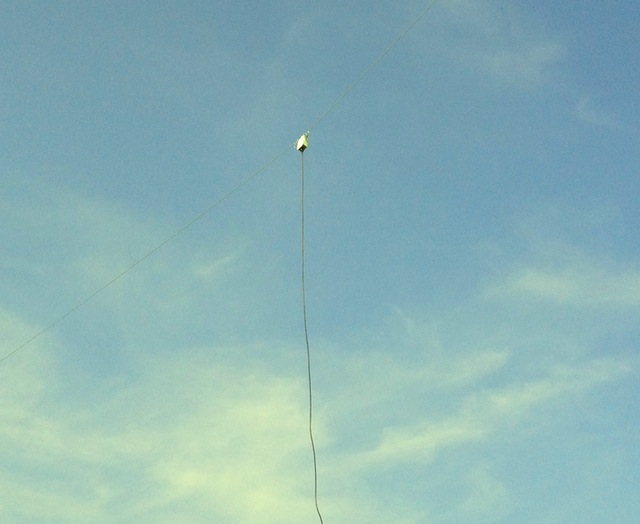 The feed point of the OCFD

With everything done, it was time to test it all out.  My first QSO was with VR2XMT, Charlie in Hong Kong for a new DXCC.  That’s a good start!    I then went out to the garden and tidied everything up.  My next QSO was even better – I worked T32C on 20m with them picking me out on my first call.  I’ve been hoping to work T32C during this DXPedition and have only heard them once so far, that was yesterday on 17m with my delta loop but they were too weak to work.  I guess that shows that the beam is working well and I’m very happy indeed.  A few minutes later, I called my son David, M6DHU into the shack and he managed to work them as well with just ten watts.  All kudos to Nobby, the operator at T32C because as soon as he realised an M6 was calling he concentrated on working him.

There are a couple of things left to finish off but the main work here is all done.  A lot of planning went into it but I’m impressed that it’s only been six weeks since the initial hole was dug to reaching this final point.  Once again, thanks to everyone who’s been involved with the actual building work on this project and thanks to John, G4ZTR from Aerial-Parts of Colchester for his help and encouragement while I was building the Alimast sections.