I carried on operating after midnight into day #313 and added NI0B, KD8NHB and W2RXG on 20m JT65 before changing down to 40m and working K2HU and KJ4IZW also using JT65 before turning in.  Once I was up, I switched the radio onto 20m and was pleased to work TU2T using RTTY and then I spoke to 6V7Q on 10m FM.  I also worked 4S7AB, Kamal in Sri Lanka for a new DXCC.

Some time late morning there was a knock at the door and there was a delivery man with a large box.  His first words were “I don’t know what you’ve got in there but it’s bloody heavy”. 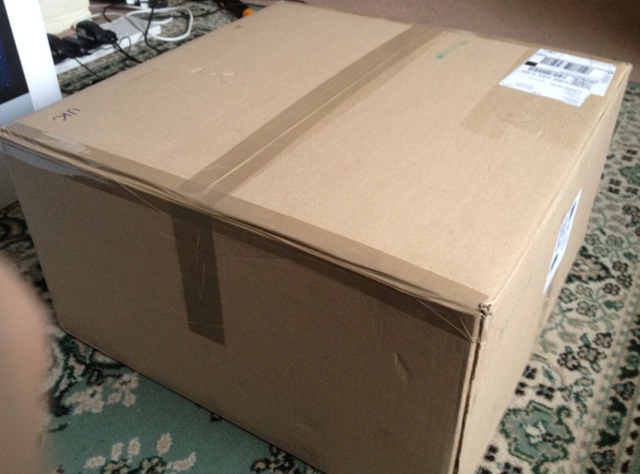 A large box is delivered

I unpacked it and set it up.  The two hour wait (as stipulated in the manual) before I switched it on seemed like forever. 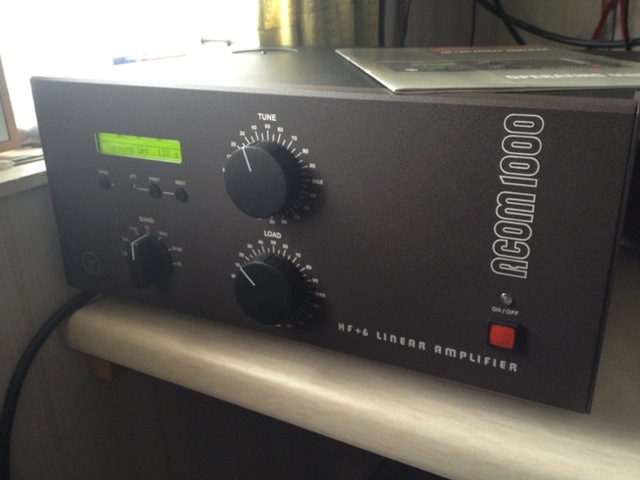 Everything I’ve read about this amplifier is true.  It’s quiet, it’s easy to set up and it works a dream.  Once it had gone through the warmup procedure and I’d set the parameters in the radio correctly I found that I can tune it in 10-15 seconds with ease.  I’m running 25 watts in for 400 watts out and it’s barely ticking over.

I first worked EY8MM on 10m and then spoke to YB9/F5LIT, Emmanuel in Indonesia on 15m for a new DXCC.  A bit later I worked W3SOX, Dave on 10m and then PJ4J, Wim on 12m.  I finished the evening doing some tests on 10m with Tony, G0MBA who only lives a few miles away and that showed that my signal with the amplifier on appears nice and clean and my audio is no different whether I run the amp or not.