There I was, at quarter past eight this morning calling CQ in the April Fools Day contest on 20m 😉 when I noticed that my SWR had gone from 1.1:1 to 3.5:1.  Something was clearly wrong so I stopped calling straight away and started to investigate.

The first thing I did was to tune around the band and see where the SWR dipped.  It appeared to be out the top of the band – I checked 15m and that was the same, the SWR dip had moved higher than before.

With that, it was time to get the analyser out and luckily I’d saved a plot yesterday when I retuned the aerial on 20m.  I’d got it set so that it tuned right in the middle of the data section: 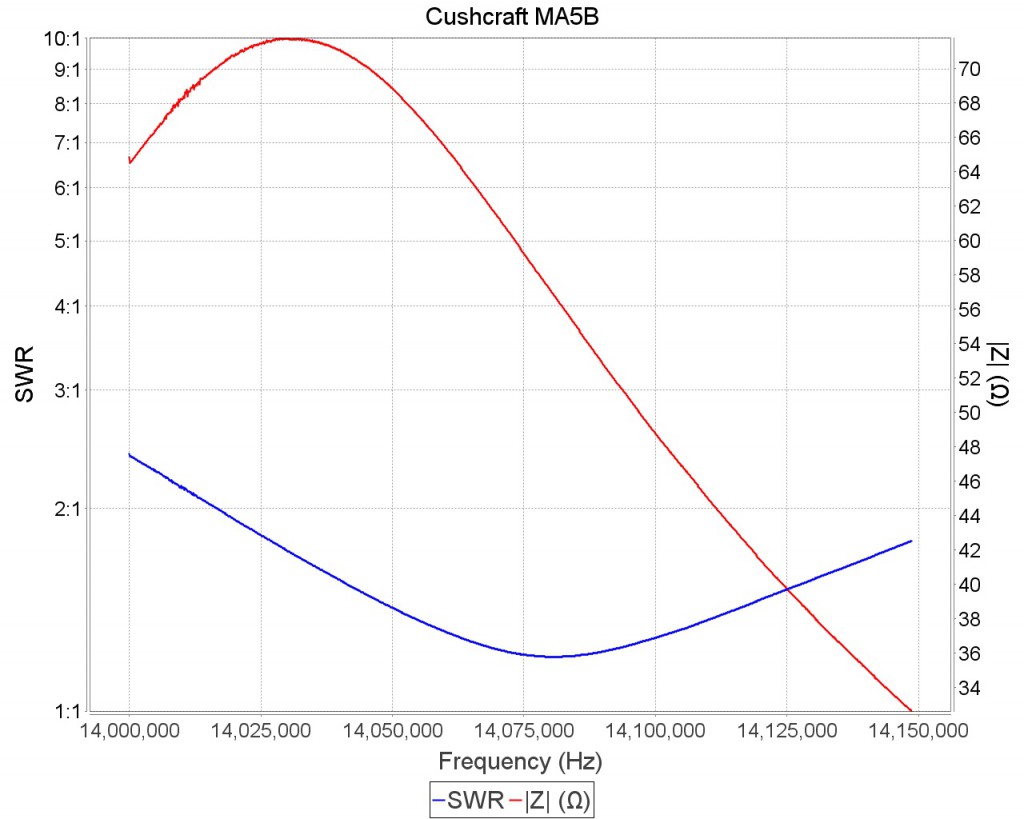 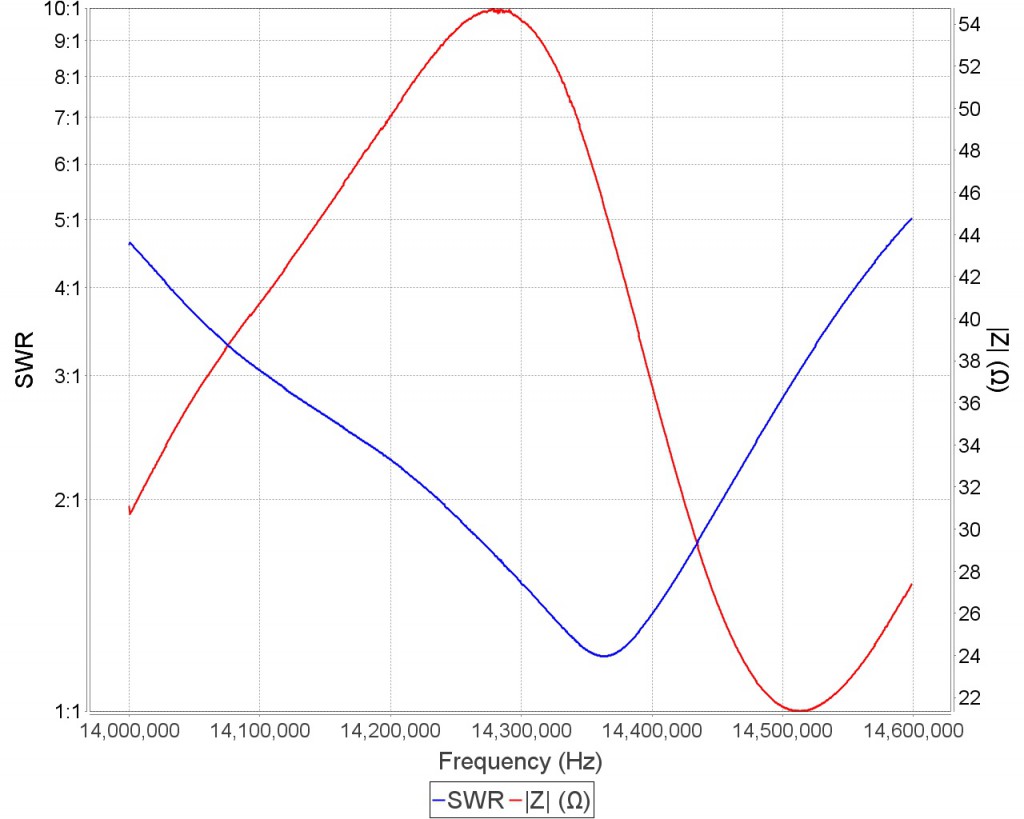 It’s not obvious from the two above images due to the different scales but the bandwidth has increased dramatically.  Previously I’d have about 100kHz of usable bandwidth (SWR below 3.0:1) but now that stretches from 14,100kHz to just over 14,500kHz.

I won’t post the plots but 15m shows a similar story.  17m, 12m and 10m seem unaffected.  The aerial is only ‘tunable’ on 20m, the other bands are not normally adjustable.

Initially I thought that all bands were affected so my first thought was that the balun I recently bought had gone bad although the fact that it’s rated at 5kW and I was running just 300 watts did concern me.  I lowered the mast, removed the balun and connected it to the analyser and to a dummy load.  It checked out perfectly.  I then performed a series of tests, taking about three hours to do so involving fitting the original Cushcraft balun, swapping coax tails around and even taking my dummy load outside to check the coax.  I must have lowered and raised the mast about ten times today!   Everything checked out OK so I’ve ended up putting the new balun and coax tails back and returning the mast back to vertical.  The miniVNA Pro has been invaluable today, it would have been very difficult to test everything without it.

I think the problem is one of the traps but I’ve lost the inclination to investigate that further today so I ended up leaving things as they are and so I kicked in the ATU and called CQ using reduced power for another half an hour in the *ahem* April Fools Day PSK contest.  Three stations replied to me so thanks to RK4HE who gave me his details and said ‘not in test’, IK8FIQ who replied and gave me 001 serial number and LY1HEX who replied with ‘cq test :)’ and then identified when I sent ‘qrz qrz?’ but sent nothing more.  I’ve logged all three of you.  I was hoping that more stations would reply to the AFD contest call but sadly it wasn’t to be.

So what’s next?  I need to lower the mast again and take the traps apart to check them and do any repairs that are needed.  I’ll get the problem resolved but it’s just made me want to replace the MA-5B even more so I’ve started to put the wheels in motion to replace it with a Hexbeam as I mentioned yesterday.