I’ve written a fair bit about WSPR in the past and posted reports of where my signal has been heard using just five watts output.  I’ve also written about QRSS including details of the transmitters I’ve built and shown reports of where I’ve been captured.

A few weeks ago I heard about a new QRSS kit from Hans Summers, the ‘Ultimate 2‘ kit which includes DDS frequency controlled output – A much better way of doing it than trying to tweak a trimmer for frequency and adjust a gimmick capacitor for bandwidth.  I ordered one of these kits along with a GPS module and the kit arrived late last week.

I assembled the kit on Friday afternoon last week and it went together really well.  There’s not much to do, just a handfull of capacitors, a couple of resistors, two transistors and one coil to wind.  The DDS module comes pre-assembled and that just left the low pass filter which is made of seven elements: four capacitors and three inductors, based on the W3NQN designs. 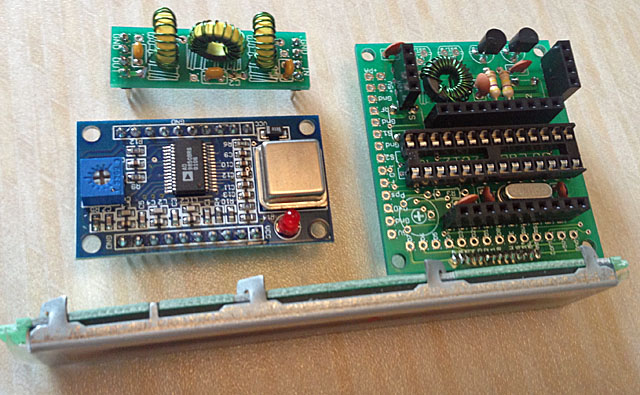 I ordered it with a complete set of filters, the first one I built was 20m so I put it on the air straight away using WSPR on that band.  I left it running for nearly 24 hours and by using the WSPRnet site, I was able to see where my signal had been received. 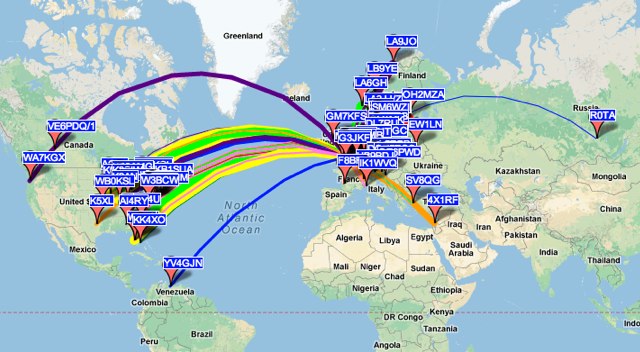 Map of stations where my 20m 200mW WSPR signal was received

I’ve not built the transmitter into an enclosure yet, it’s just resting on top of my rotator control box. 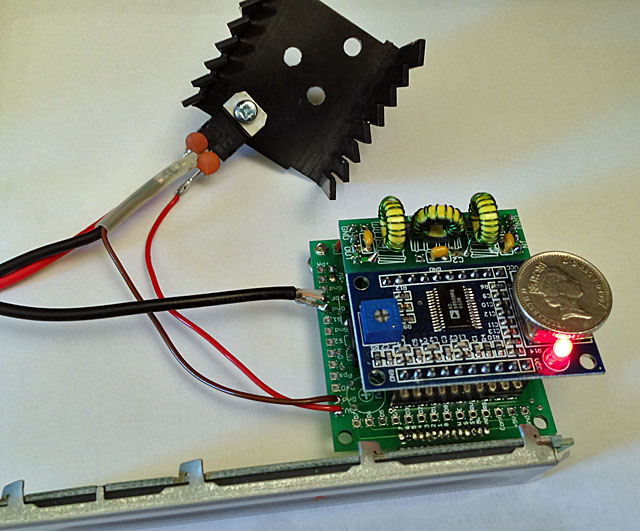 And yes, that is a 5p coin glued to the DDS module acting as a heatsink!

I’m doing some 30m QRSS tests now.  QRSS isn’t so instantly gratifying as WSPR but it’s another good propagation testing mode so I’m keen to see how well it works.  I’m currently seeing myself on the LA5GOA grabber in Norway so I know it’s at least getting that far and that’s just on my random length doublet through an SGC smartuner.