Day #100 started off when I had a contact with KC2ULY, Jeff in New York State on 40m followed by a QSO with UX2SB in the Ukraine.  I’d arranged to have a sked on 10MHz later in the day  but prior to that I set up my JT65 on that band and called CQ.  I was quite surprised to get an almost immediate reply from WT9S, Jay in Arizona and then SQ5LNY, Dariusz and UA1ZGI, Nikolai in Poland and Russia respectively.  After that I switched over to 2m and worked DL6YBF, Helmut before going back to 10MHz for my sked with Bas, PE4BAS.

There were less QSOs on day #101 with just two in the log – I worked IK5UIM, Guiseppe and G0AMO, Mike on 20m and 80m respectively.

On day #102 I first worked OZ1TMK, Torben on 40m.  I’ve worked Torben already this year and have had a QSL card from him direct so it was nice to have another QSO. 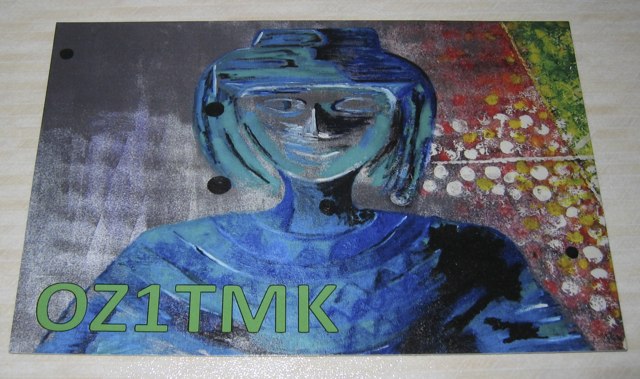 After that I switched to 20m and worked WD4ELG, Mark, UA6JD, Vlad, KD8LCD, Richard and VE3MCF, Douglas.