This weekend was the CQWW SSB contest, arguably the largest HF contest of the year and it was an event I’d been looking forward to for some time.  Last year I just gave away a few points using a relatively low and inefficient aerial but with the beam up, I knew I was going to try and work a lot this time.

Over the previous few days I decided to set myself a goal, but what would that goal be?  100 QSOs?  That seemed far too low for a 48 hour contest so I decided that I’d try for 500 contacts.  I figured that was high enough to be difficult but not unobtainable.

Things started badly straight away on day #302.  When the beam went up last weekend I also replaced my 40m horizontal delta loop with an off centre fed dipole and it really didn’t work as well as I was hoping.  I struggled to work anyone using it and although I did manage a few QSOs, I was disappointed.  Unfortunately because I took the loop down, I had nothing to do any direct comparisons against.  I was hearing a lot of strong stations and even though in many cases there was nobody calling them, they just didn’t respond to me.  Clearly most of them would have been running a lot of power compared to my 100 watts but I just felt that it should have worked better.  I’m considering whether to replace it with a single band dipole for 40m or try and get my loop back again although I’d hang one edge from the mast so it won’t be quite the same as before.

I went to bed after half an hour with just six QSOs in the log, four on 40m and two on 80m and they’d all been a struggle.

Once the morning came it was a different matter though.  I worked the higher bands pretty much exclusively working Search and Pounce (S&P) and it didn’t take too long before I had 100 QSOs in the log.  I carried on and ended the day having made around 320 contacts.  I’d tried running a couple of times with limited success, the first time I managed three or four QSOs and the second time my frequency was taken from my by some good DX who was spotted and then I had no chance so I worked him and carried on operating S&P.

By lunchtime on day #303 I’d had 501 QSOs and I stopped as I’d reached and beaten my goal.  I did carry on a bit later just specifically looking for multipliers and brought my total up to 520 contacts which was enough for me.  If the lower bands had been usable then I’d have done more overnight and carried on working into the evening but this is a result I’m happy with.

The total breakdown is as follows: 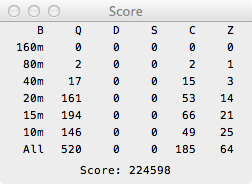 Breakdown of score for CQWW SSB 2011

I’m not going to list all 520 contacts here, that would be silly!  However if you want to see my log, you can download a .csv file by clicking here.

Over the course of the weekend I worked 91 unique countries and that included 10 new DXCC entities, they are (in order of working):

My beam worked flawlessly, it was a great improvement over any aerials I’ve used on 10m, 15m and 20m here over the last year.  I’ve had a great weekend playing radio and although I don’t expect to be placed anywhere, I will submit my log for this contest.

I exported my log from SkookumLogger as an adif file and imported it into Aether, from there I told Aether to retrieve all the user details from qrz.com and then exported the QSOs as a Google Maps overlay file.  Here is the resultant map it produced (click for a full size version) 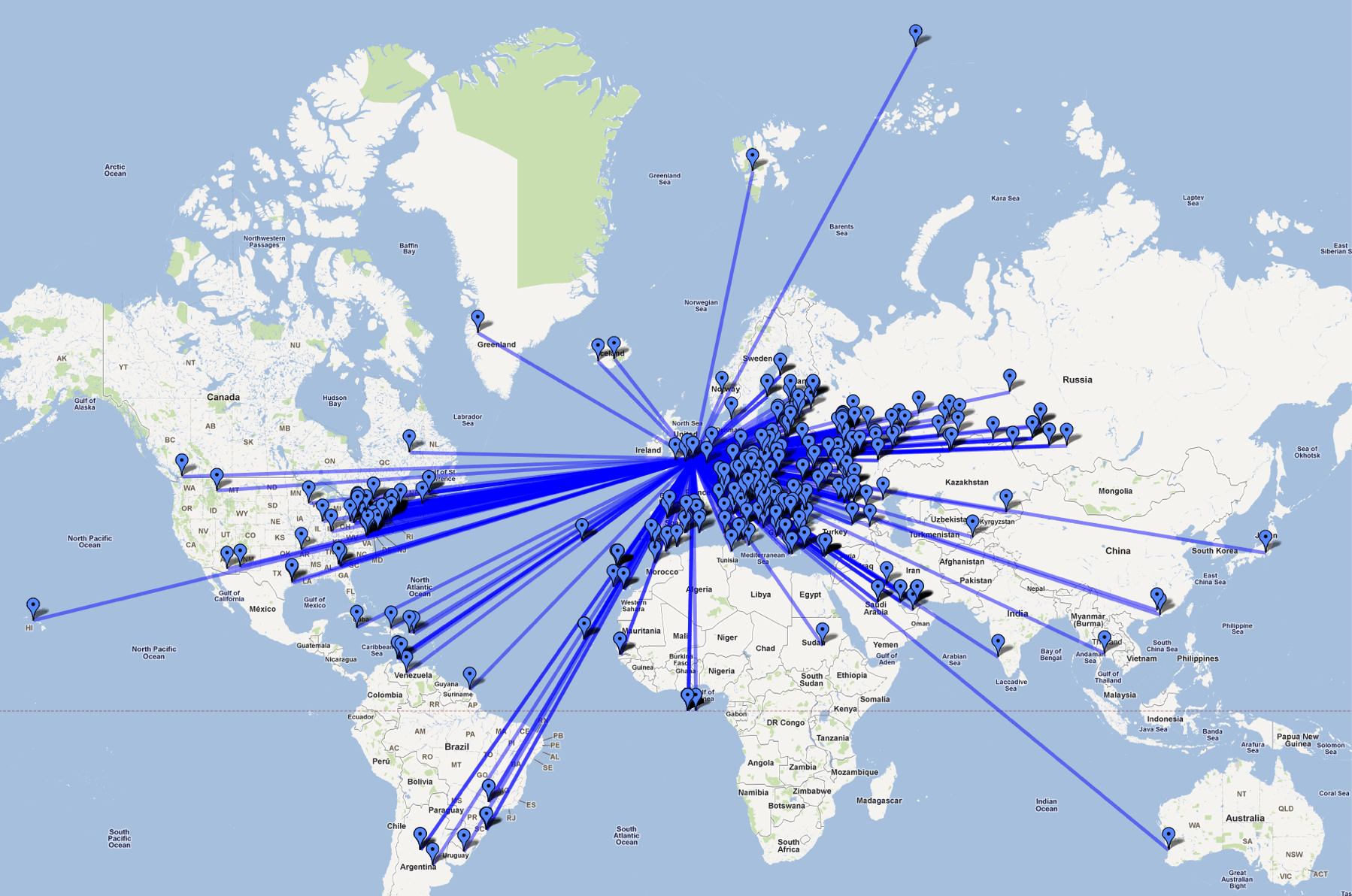 Map of QSOs made during CQWW SSB 2011