I didn’t have too many QSOs on these three days, largely because I was running some extended JT65A receive sessions which were quite interesting.

On day #320 I spoke to W2WP, Mike and N4CCA, Don on 20m SSB and then I ran receive on 40m JT65 overnight.  The aerial used here was an off centre fed dipole (OCFD) sloping from 30ft to 20ft and mounted approximately east-west.

All these images can be clicked for larger versions. 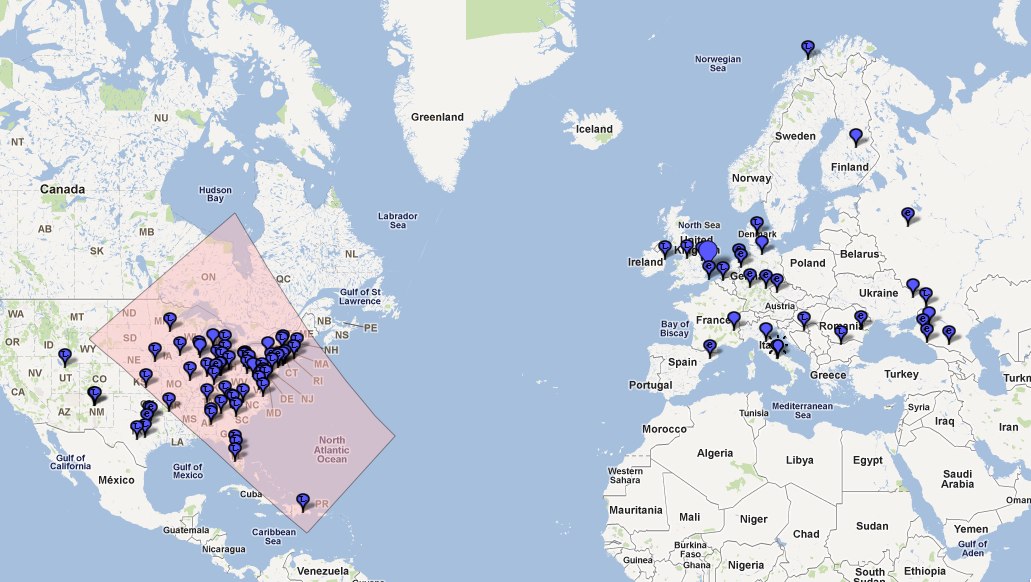 On day #321 I ran 10m JT65 receive all day and it was very interesting to watch as stations started appearing from east to west as the day progressed.  For this I was using a Sirio Gain master aerial.  As for QSOs, I first spoke to EA2LMI, Luis and EA2GFJ, Oscar on 40m SSB and then had JT65 QSOs on the same band with WS4GBW, Jack and VE1SKY, Roger.  I’ve now worked Jack on five different bands, all using JT65. 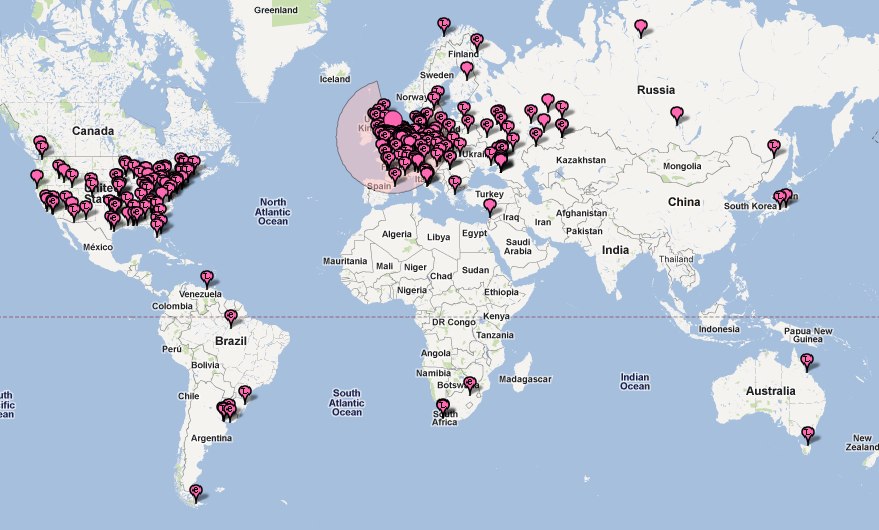 Finally I ran 20m JT65 on receive for nearly 24 hours using the OCFD mentioned above and I was surprised how few stations from America were received.  My first QSO of the day was a JT65 contact with VK4BDJ as I saw Roger calling CQ when I switched the computer screen on.  When I got home in the evening I had what is a ‘first’ for QSO365 – I spoke to Tony, G0MBA on holiday in Portugal who was operating on 10m as CT1/G0MBA.  We couldn’t work direct though, we had to go through a repeater.  In New York!  I ended the day talking to WB2REM, Jim on 10m SSB. 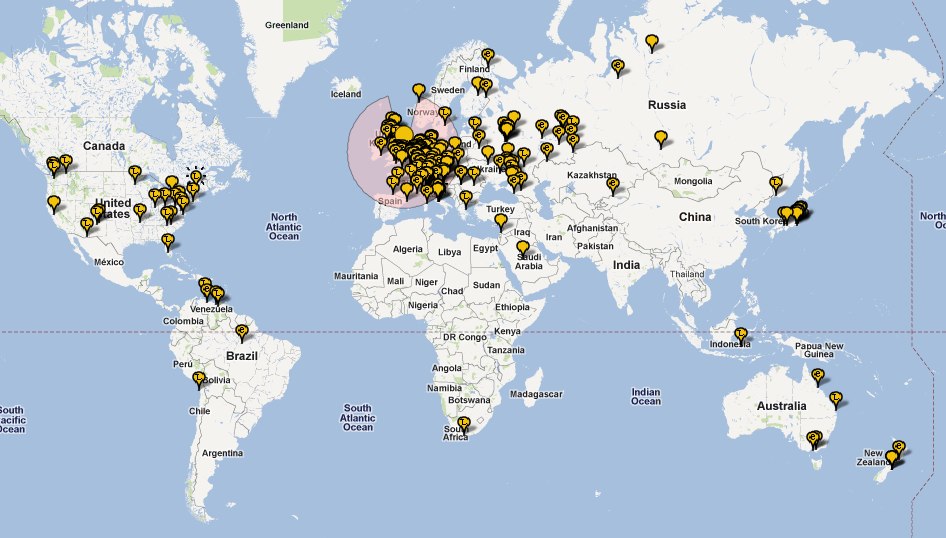 All maps were produced from the PSK Automatic Propagation Reporter site.