I was recently looking through some old photographs and I found some pictures of my old radio shack and aerials from when I still lived at home.  These photos would have been taken in the second half of 1991.

The first photo is the inside of my ‘shack’ which was really just one side of my bedroom. 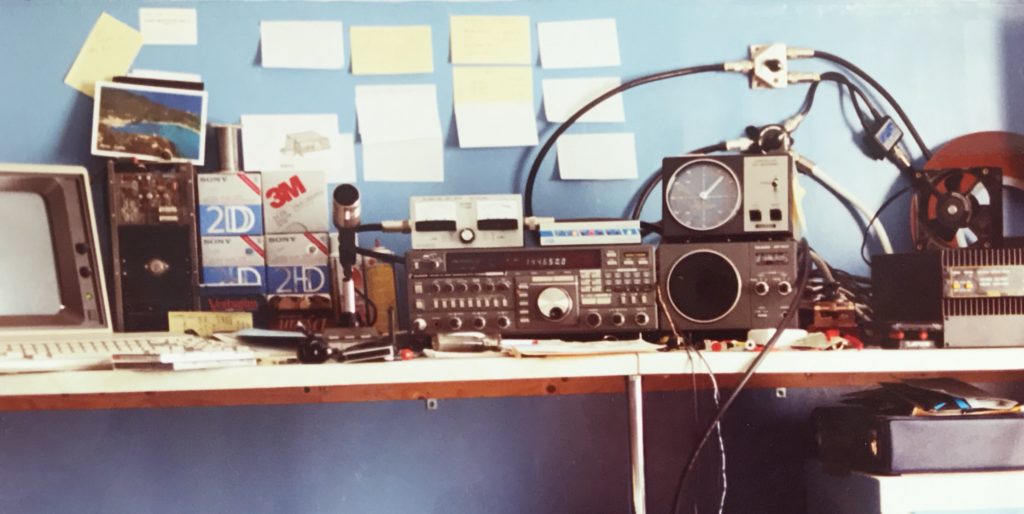 From the left is a dumb terminal which was connected to the PK-88 TNC for accessing the local packet radio mailbox.  Then there’s a PSU against the wall with a postcard of the Greek island of Paxos on top of it (this is how I’ve been able to date the picture).  Next to that is a Yaesu desk microphone, a Yaesu FT-736R multimode for 2m and 70cms and an external speaker for the wireless with a rotator control box on top.  Just next to this and barely visible is a Morse key, a limited edition key which was hand made by Mike, G4ZPE and I wish I still owned that.  Finally on the right side you can see a BNOS VHF 100W amplifier sitting on top of a BNOS dummy load.  On top of the 736 is an SWR meter and the aforementioned AEA PK-88 TNC.
On the wall are some coax switches which allowed me to change between a dual band vertical aerial or beams for both 2m and 70cms. 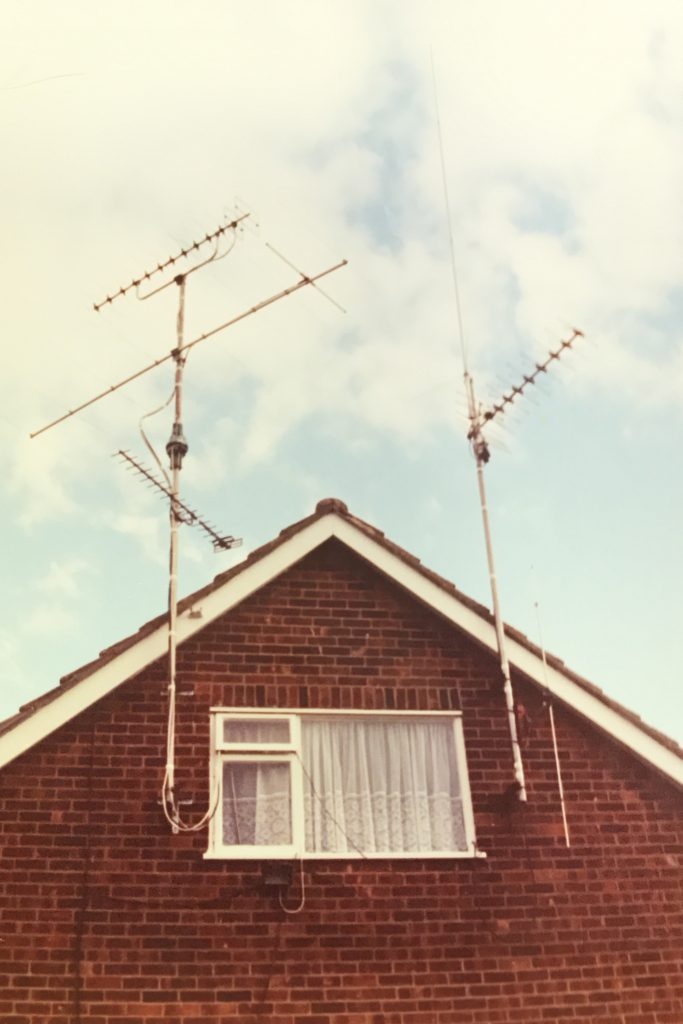 My aerials in 1991 (click for a much larger version)

Luckily my bedroom/shack was right at the back of the house on the top floor, ideally located for my aerials with the cables coming in through the window.

On the top of the pole on the left is a 48 element multibeam for 70cms.  Jaybeam aerials had a reputation for being very solidly built and this multibeam was a prime example of that.  Below it is a 9 element F9FT Tonna for 2m and below the rotator is a TV aerial.  On the pole on the right side is a Diamond X500 vertical for 2m and 70cms and below the second TV aerial is a small vertical dipole which was used to access the AX25 packet radio network. 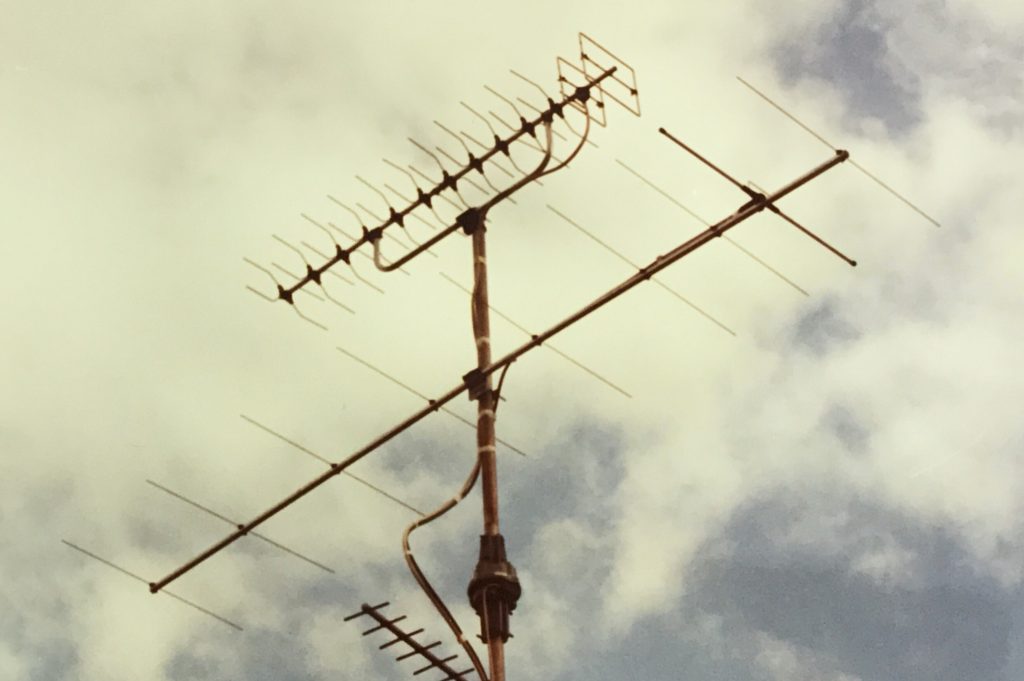 This setup worked remarkably well, especially considering that the location wasn’t particularly high above sea level.  I successfully entered a number of contests on VHF and UHF using this relatively modest station with good results and although I never won anything, I was generally well placed.  It was using this setup that I made the one and only auroral contact I’ve ever had!  I did enjoy chasing DX and working new squares on 2m and 70cms.

I don’t think I still own anything that appears in these pictures although my mum still lives in the same house and the brackets on the back now just sport a TV aerial – Mounted on a 20ft pole and naturally the highest in the area!