One of the new local Foundation licence holders recently did the Intermediate course and exam and as part of her practical assessment, she built a capacitance meter which I’m sure helped her pass the course.  Well done, Caroline!

I fancied doing the same as it’s a handy piece of test gear that I’ve never owned.

The meter in question is from JYE Tech although I bought it from Hobbytronics in the UK for just over £14 delivered which I thought was an absolute bargain.  It arrived the day after I ordered it which is really good service.

There’s not much to say about the actual construction.  At 18:00 yesterday it was a bag of parts like this: 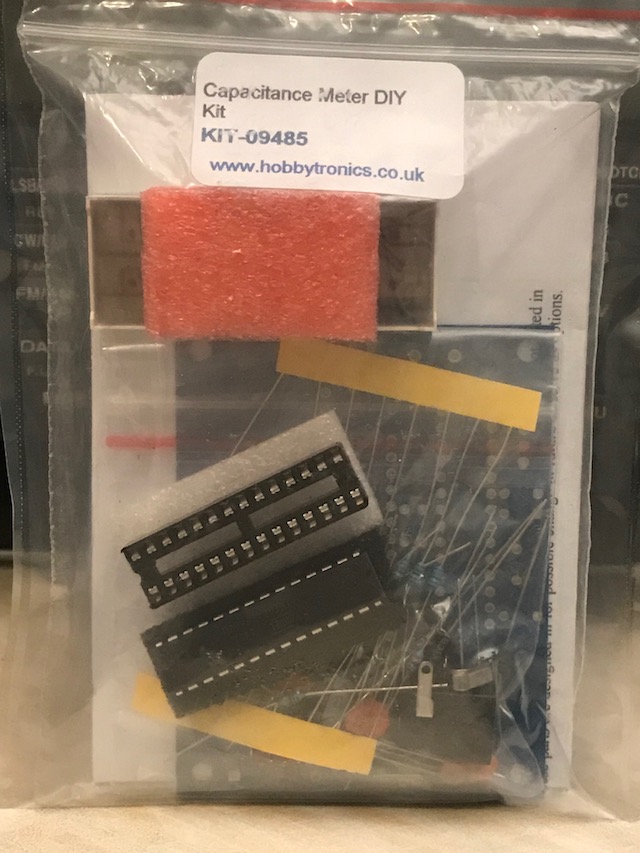 The circuit board is clearly labelled and easy to work on. 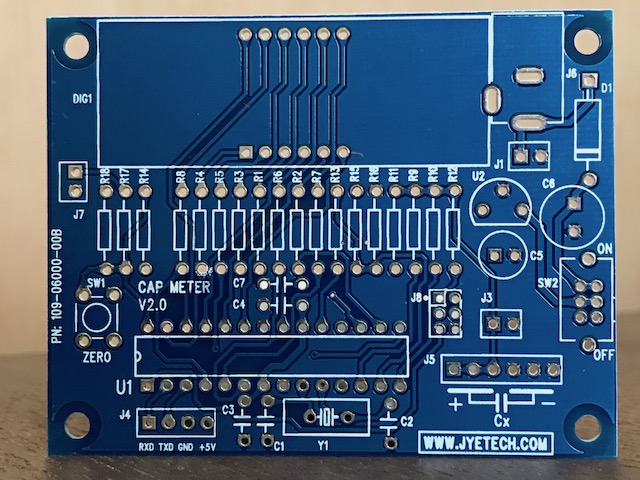 Circuit board for the JYE Tech capacitance meter kit

The kit was very straightforward to build, although there was a lack of detailed instructions.  They simply say “fit all the components on the board, making sure to get the two electrolytic capacitors in the correct way”. The resistors are tiny and I struggled to see the markings on them which I suppose is one of the downsides of getting older.  I ended up using my DVM to double check the values.

Despite that, it was a simple and straightforward build and less than an hour and twenty minutes after starting, I had a fully working capacitance meter sitting on the bench and measuring a 330uF electrolytic. 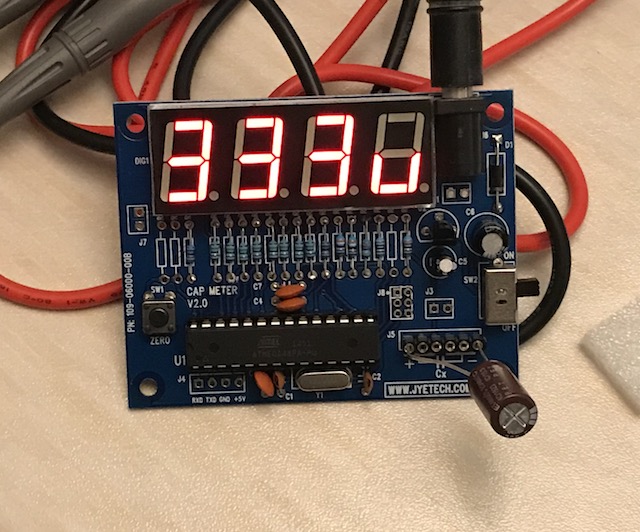 It’ll probably get boxed at some point and I’m quite sure that it’ll be a useful piece of test equipment to have on the bench.