Back in 2011 while I was working my QSO365 project (the reason why this blog started), I reached 100 DXCC entities worked and although I applied for the award, I don’t think I ever actually posted the certificate on here.

The general DXCC award is for the “mixed” category which means that you’ve worked and confirmed contact with one hundred different DXCC countries (known as entities) using any mode or band.  There are also certificates available for individual modes (phone, cw, digital) and bands.

Naturally, the first award I applied for was mixed and since then, I’ve added some extra certificates to my collection.  Stickers (or endorsements) are also available for additional entities worked and confirmed.

When I got my first certificates, I put two of them in frames but the frames really weren’t very pretty and I didn’t bother hanging them on the shack wall.

Earlier this year I decided I really ought to update my award account on Logbook of The World and applied for some additional certificates and endorsements.  I also found some much nicer frames and ordered those as well.

So here are three of my DXCC certificates in the new frames. 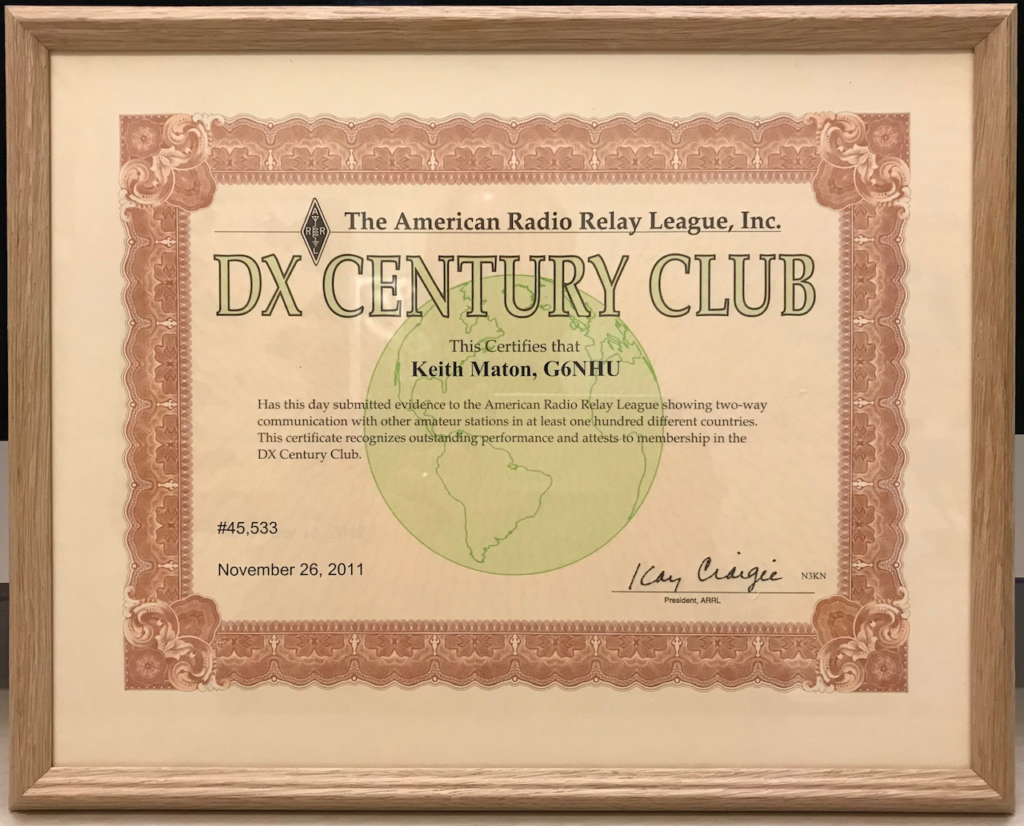 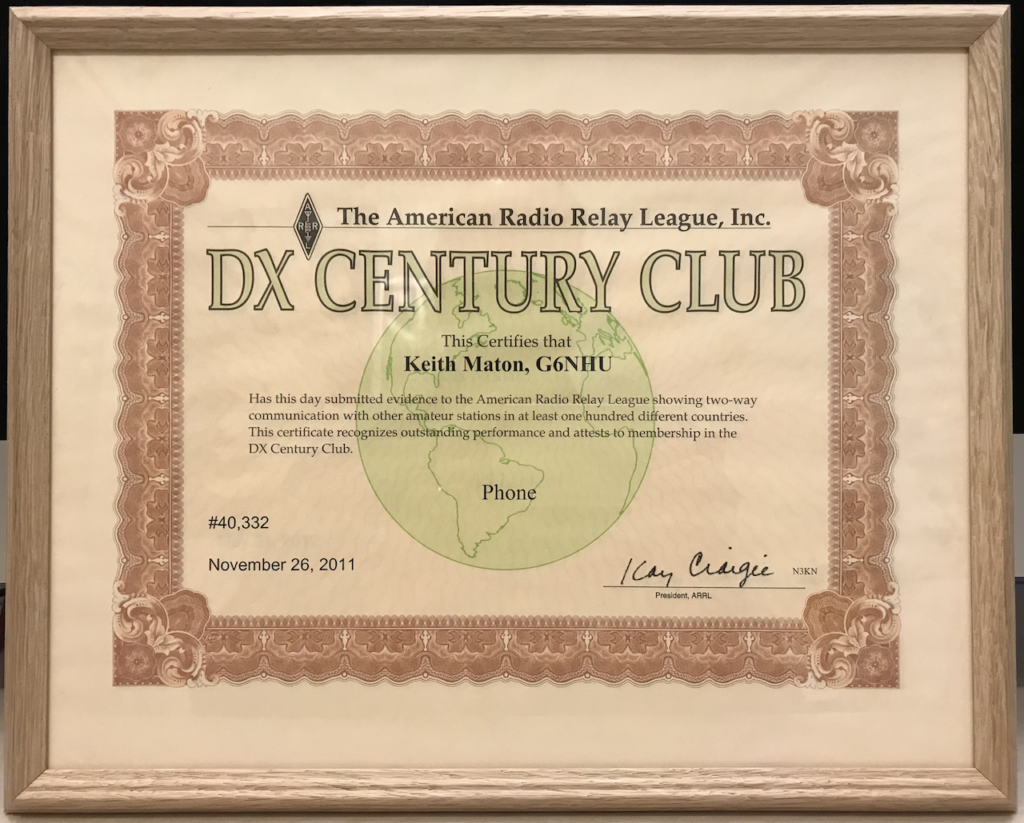 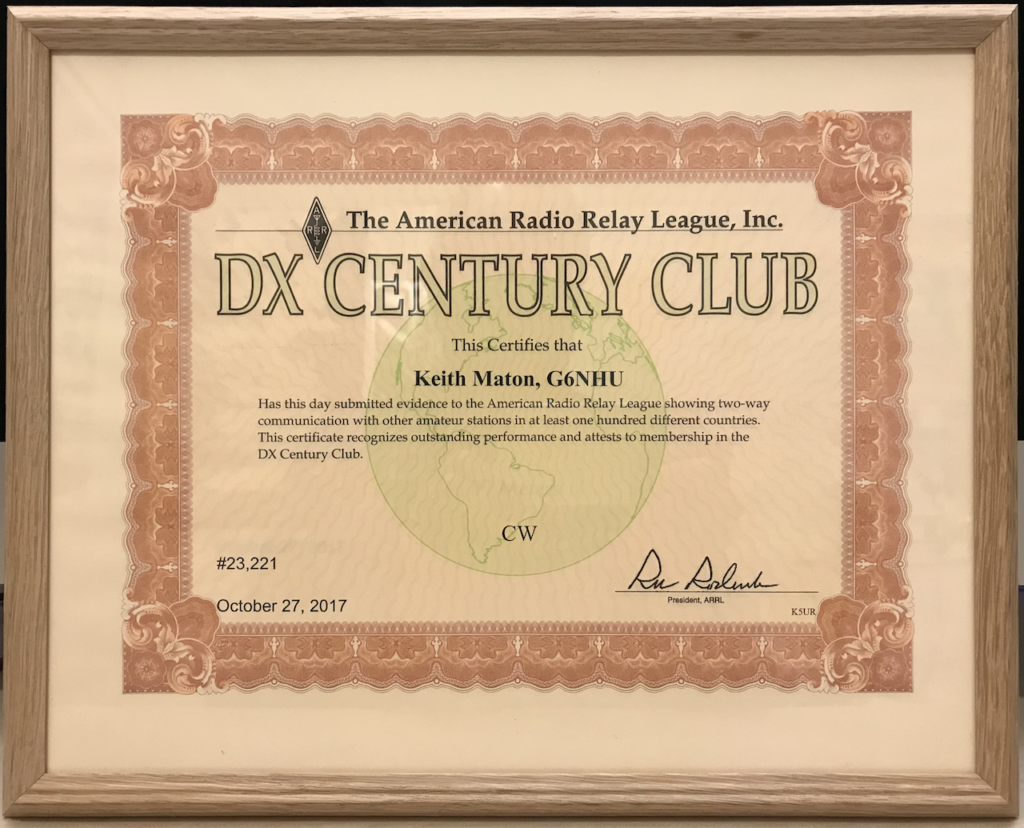 I’ve actually got eight certificates for different combinations  but I’m not going to frame all of them as I simply don’t have enough space to hang them all.

At time of writing, I’ve got the following number of entities confirmed: 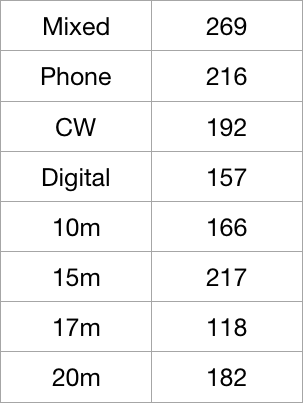