I’ve had a good first quarter of 2018, partly helped because I dropped the legs of my OCFD towards the end of last year, cable tied my smartuner to the bottom of the mast and put up an inverted L which gave me access to the lower bands.  It works better than my old doublet did but it’s still very much a compromise aerial.  The OCFD is still there and it won’t take me long to reinstate it.

In the first three months of 2018 I’ve made just over 1,000 QSOs and worked 113 DXCC entities using both G6NHU and M7P.  A fair few of these are contest QSOs using RTTY or PSK which have added a lot to my data count and FT8 has been a very useful tool for me during the winter doldrums.  Much has been written about whether FT8 is ‘real’ radio or not.  To me, it’s the next natural progression from JT65 and JT9 and I’ve decided that I do enjoy using it.  It’s not as much fun as the older and more traditional data modes but it’s still an enjoyable mode to operate. 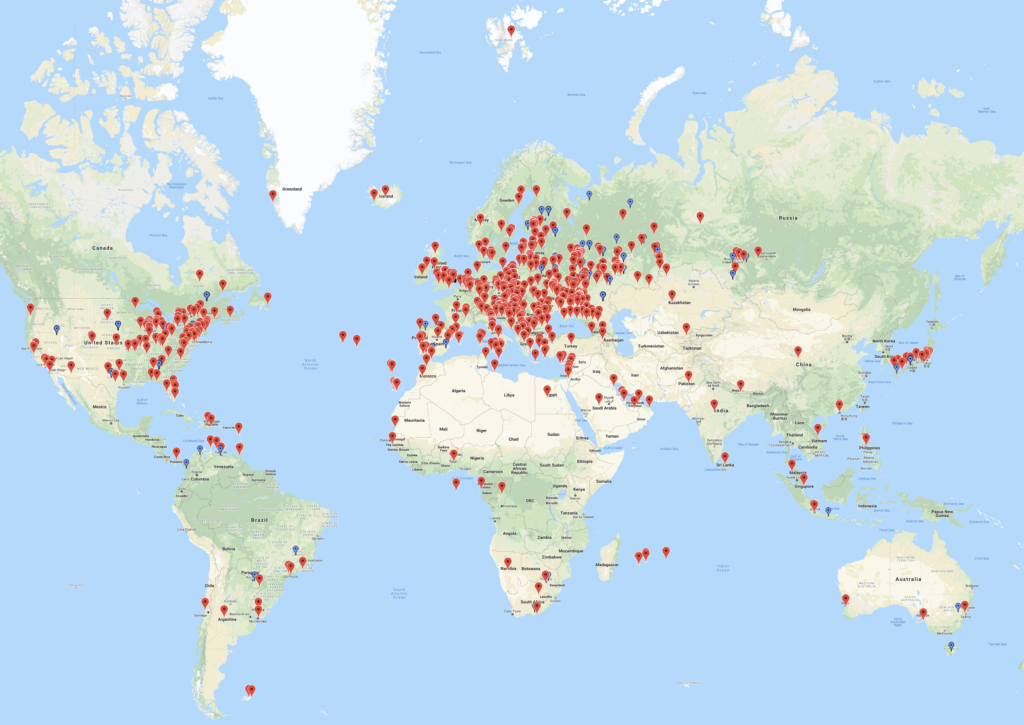 Map of stations worked during January, February and March 2018 (click for large version)

Despite there being a good number of QSOs here, this really does show to me how poor conditions are at the moment with the bulk of contacts being within Europe.  It’s also very obvious how I’ve been working towards DXCC on 17m using just FT8 due to the number of contacts on that band.