Back in August last year I built a dummy load out of a bunch of resistors, a paint tin and some oil.  I said at the time that it seems to work fine on HF but not so well on VHF.  After I used the load last weekend to test my aerial, I thought perhaps I’d put it on the analyser and actually check and record the performance.

Firstly I checked the SWR and the impedance between 1.8MHz and 29.7MHz, the normal amateur radio HF bands. 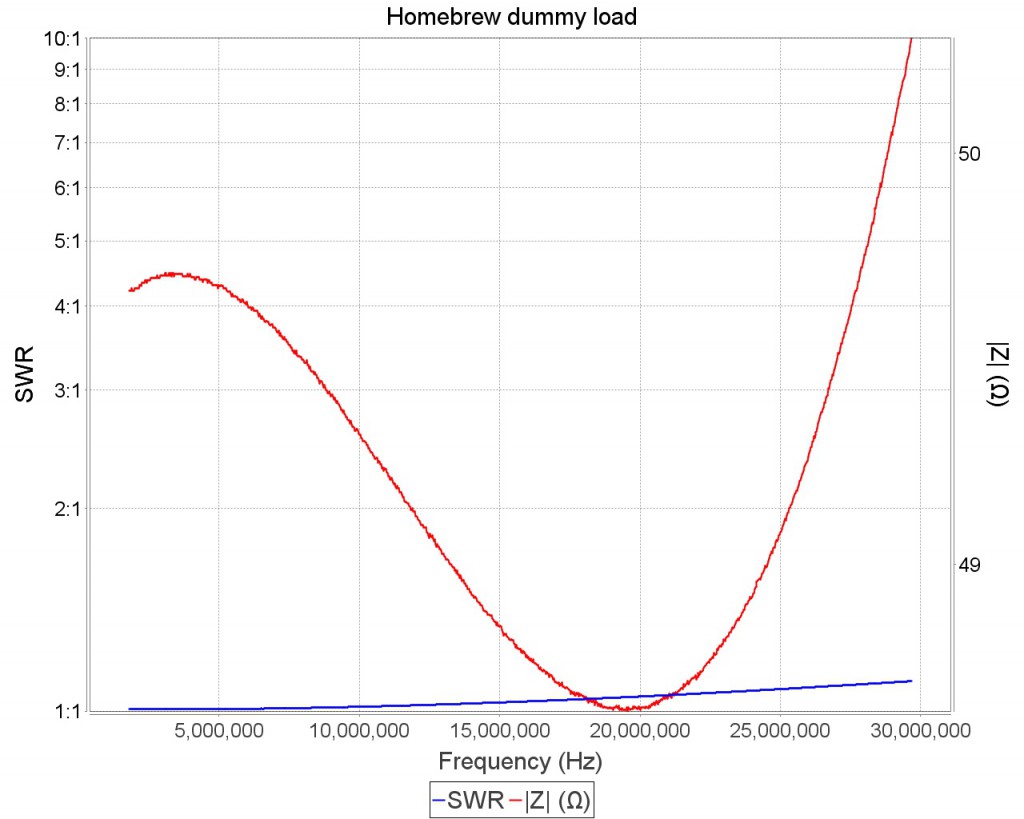 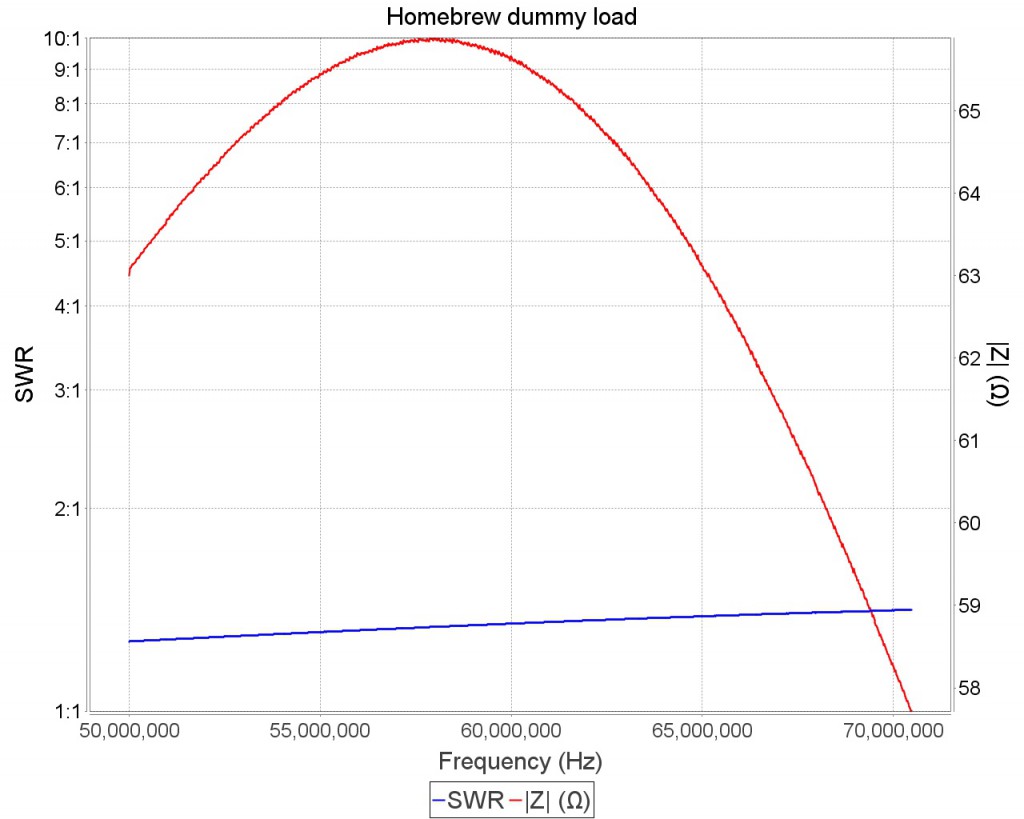 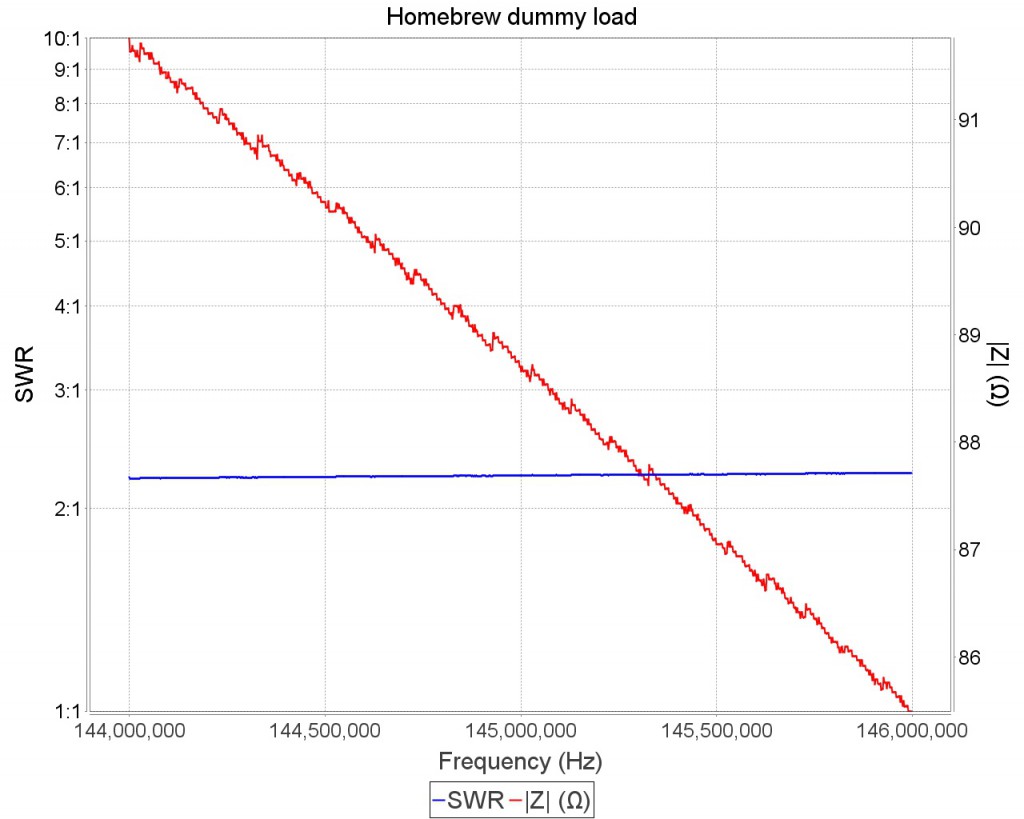 Finally, for a giggle I tested the load over the whole range of my analyser, from 100kHz to 200MHz.  Interpret it as you like, I think the curves are pretty 🙂 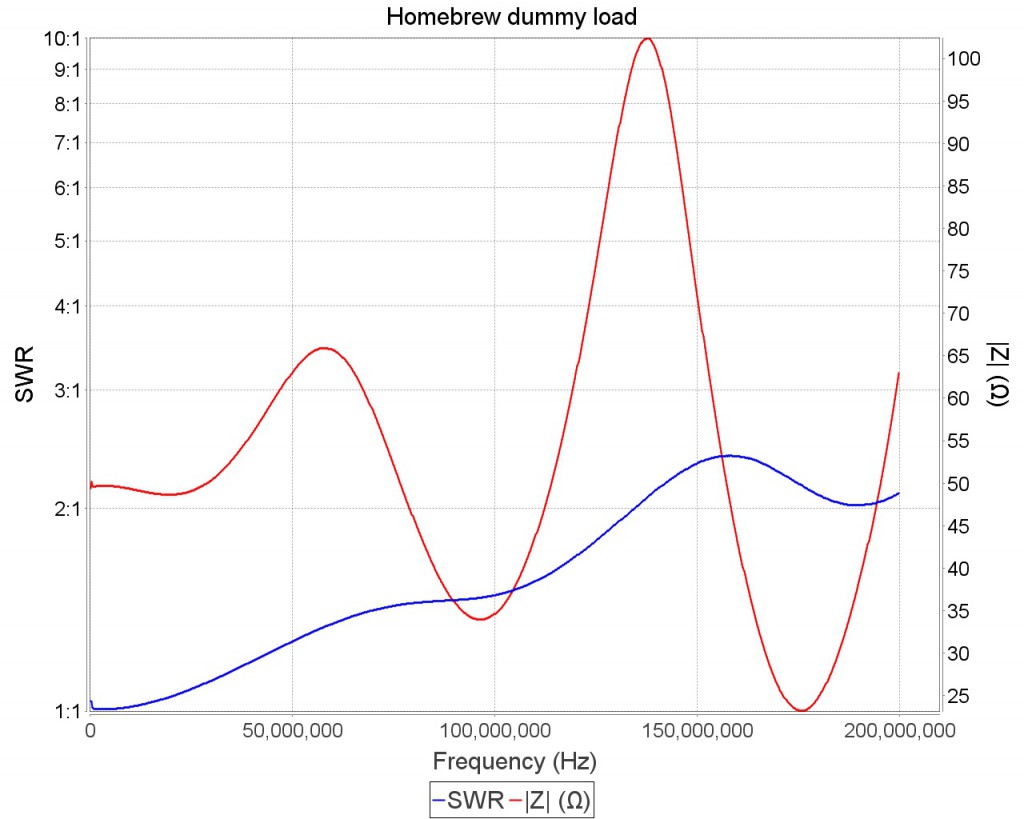 I’ve still not dared to use my amplifier into the dummy load yet – The resistors in air are rated at 90 watts and although that should be significantly higher when submerged in oil, I’ve not yet tried.  I said before that I’m going to build a higher rated load so I’ll leave that for the amplifier.