Tuesday night is club night for the Martello Tower Group.  On the first two Tuesdays of each month we operate in the RSGB 144MHz and 432MHz UKAC contests from the roof of the Martello Tower and for the rest of the Tuesdays in the month we go to a nearby pub for conversation and a glass or two of refreshing beverages.

On Monday this week we decided instead to go to the beach near the Martello Tower and play HF radio.  We planned to put up a quarter wave vertical for 40m and a 2 element beam for 10m and just see how things went.  Doing this would give us a feel for portable operations ahead of our DXpedition to Herm (EU-114) later this year.

Due to another commitment, I was able to leave work early yesterday and once I’d got home and had that meeting I met Yan, M0YNK and Colin, M1EAK on the beach at St. Osyth to start setting up the aerials.

Our 40m quarter wave vertical consisted of a 10m roach pole stuck in the ground and held in place by a Maplin earth anchor with a single wire taped to it and four radials, each around a quarter wave in length. 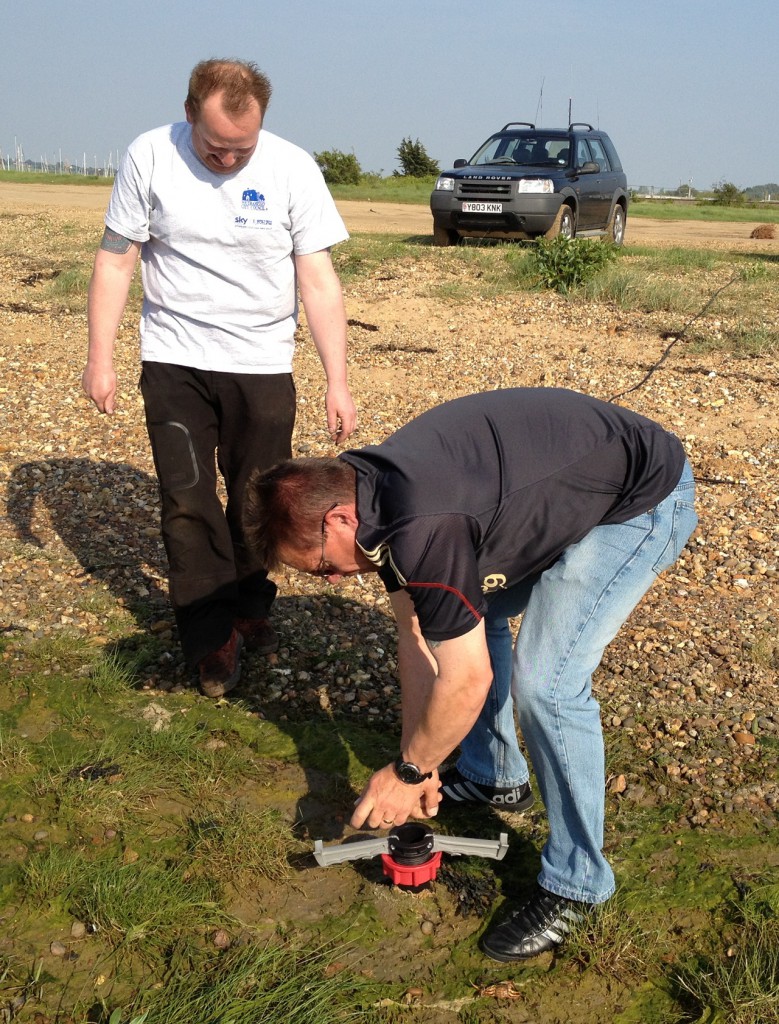 Colin screwing the earth anchor into the ground

The anchor was secure enough in the ground that we didn’t need to use any guys to support the vertical even though the wind was quite gusty at times.

While Yan and I were putting the vertical together, Colin was setting up the ‘shack’ in the back of his car. 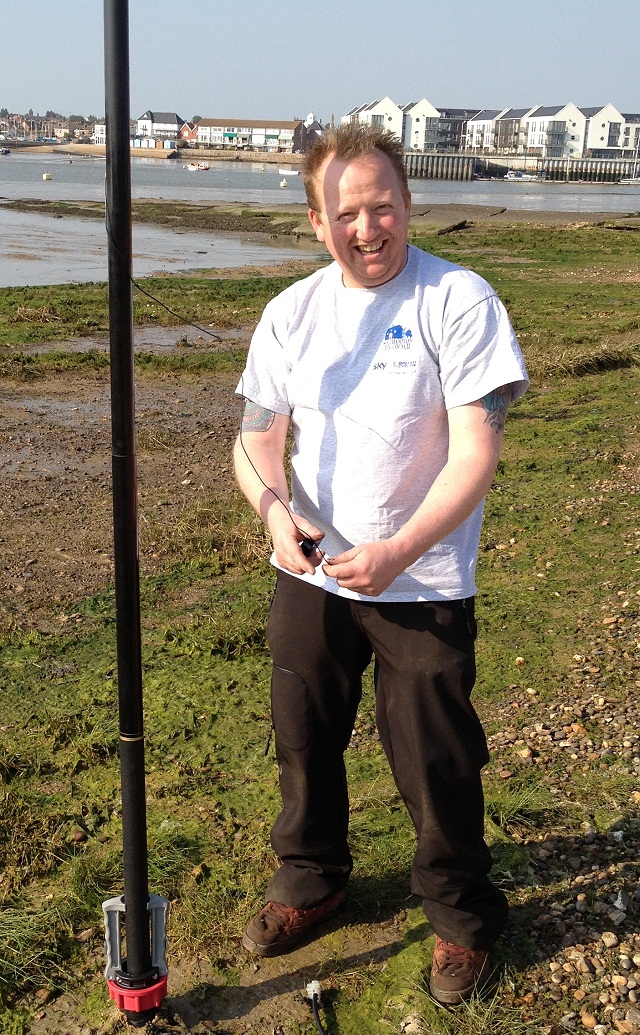 Yan setting up the 40m vertical

We used just four radials draped out over the Essex mud.  I keep calling this a beach, it is a sort of beach but the area we were at was a mud flat type area, right on the high tide line.  Unfortunately the sea was right out as low tide was just an hour before we packed up so we weren’t able to take advantage of the pseudo Brewster angle. 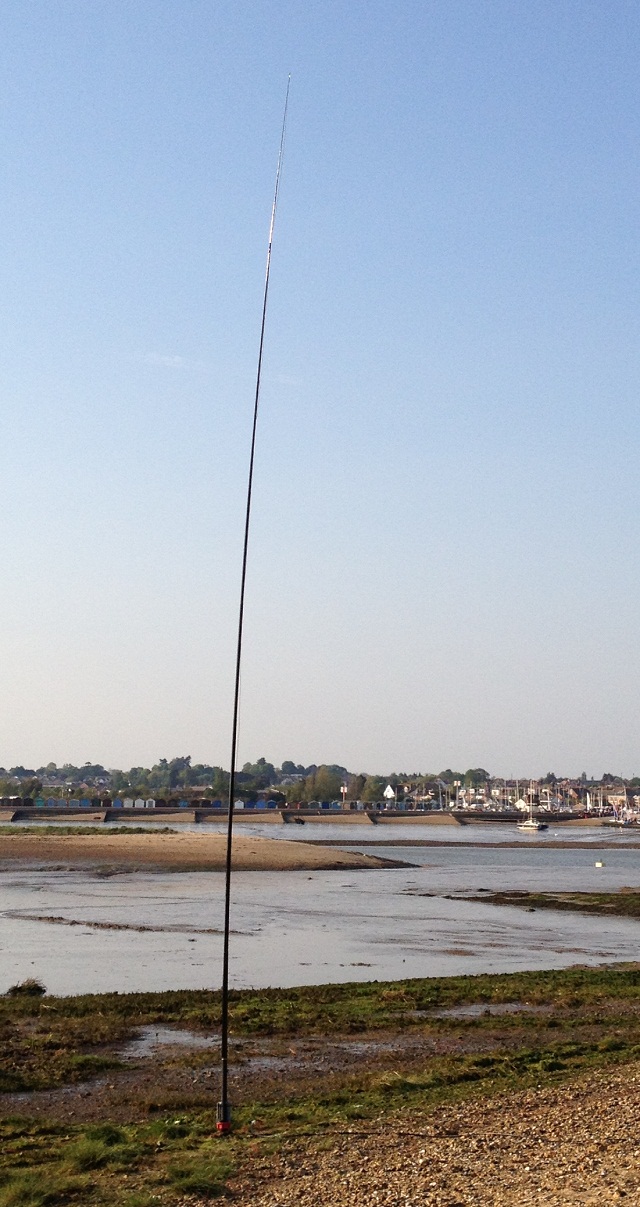 The next aerial to go up was one which Yan had homebrewed – a 2 element yagi for 10m and it didn’t take long to get this mounted on top of a small tripod and fed into the radio in his van.  You can see the Martello Tower in the background. 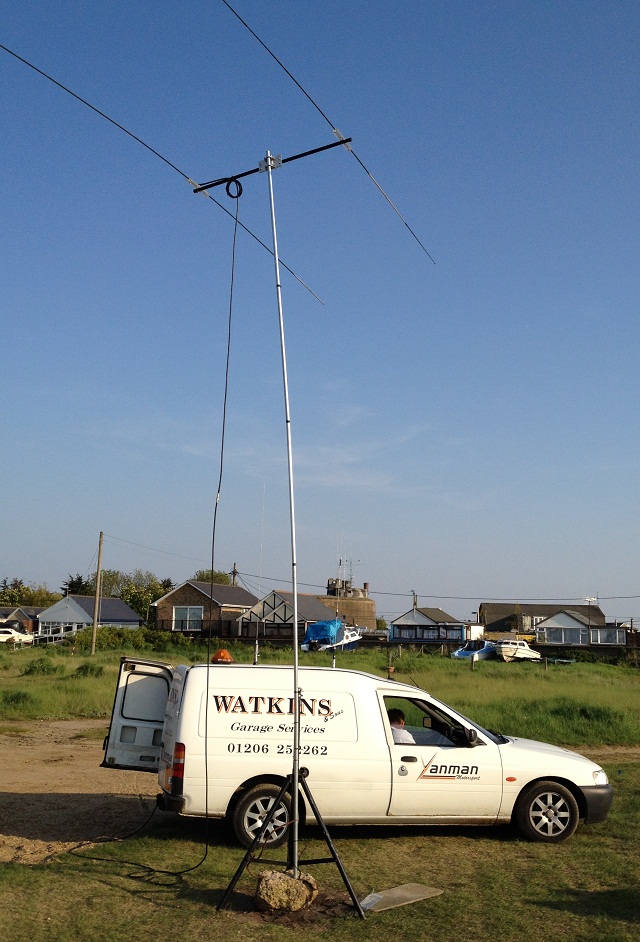 Chris, M6GSD arrived and we put up our third antenna for the evening, the only commercial aerial we used and that was an MFJ-2220 mini-dipole. 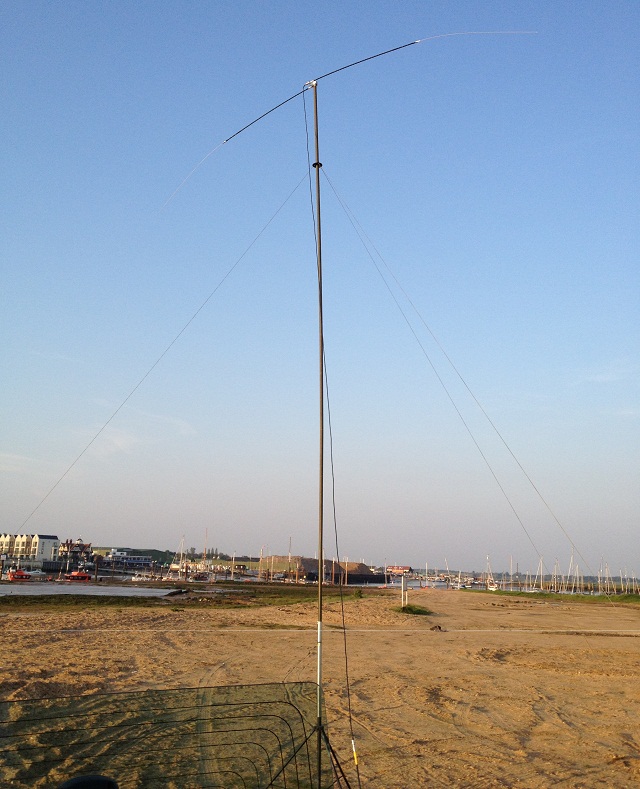 Everything worked well and before long, Yan had worked a stream of Brazilian stations on 10m, all very strong with genuine 5-9 signals.  It was as though we had a pipe from the east coast to south America and soon Argentina was in the log as well along with a few Europeans from the back of the beam.  We were joined by Tony, G0MBA and Richard, G7HJK.

40m wasn’t quite so successful, we had a few inter-G QSOs but once the sun started dropping and the band conditions lengthened we simply couldn’t find a frequency clear enough to call on.  We were using a Yaesu FT-857 and I’m sorry to say that the front end was flattened by the number of stations on the band and finding a slot far enough away from anyone was impossible.  On 20m it wasn’t such a problem and we worked a handful of Europeans. 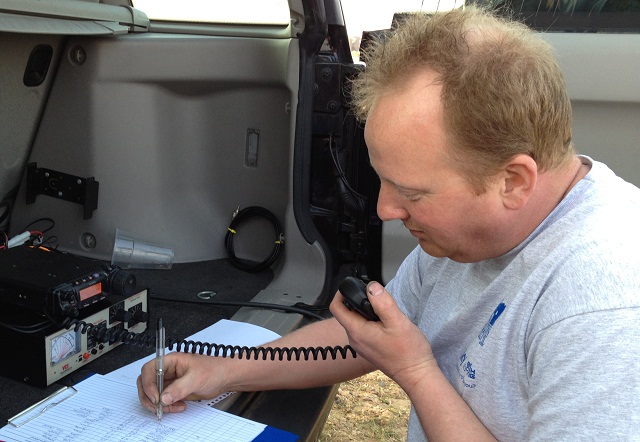 It was a really enjoyable evening, we played a bit of radio, we experimented with some aerials and we had a fun time.   It gave us a good feel for what we’re going to experience when we go away in October.

There were some lovely views over the water as the sun was going down so I took a few photographs of aerials silhoutted against the sunset and I think they came out quite well, these pictures are not edited at all, they’re straight out of the camera, just cropped and resized. 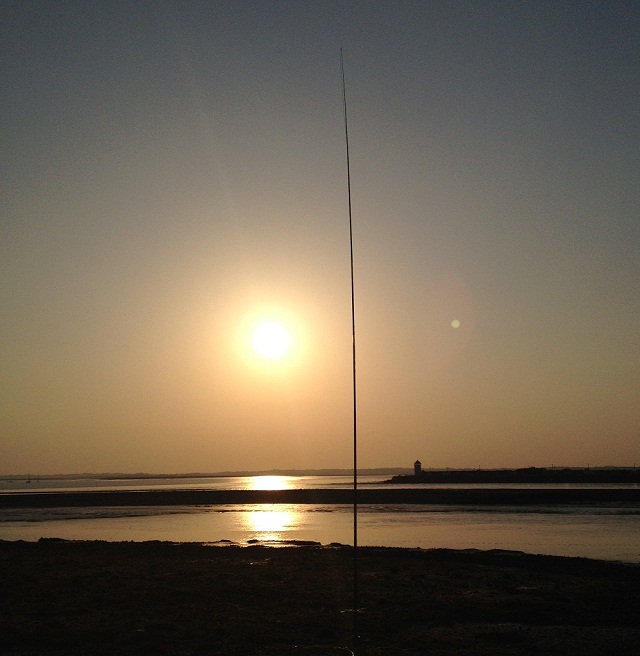 The 40m vertical at sunset 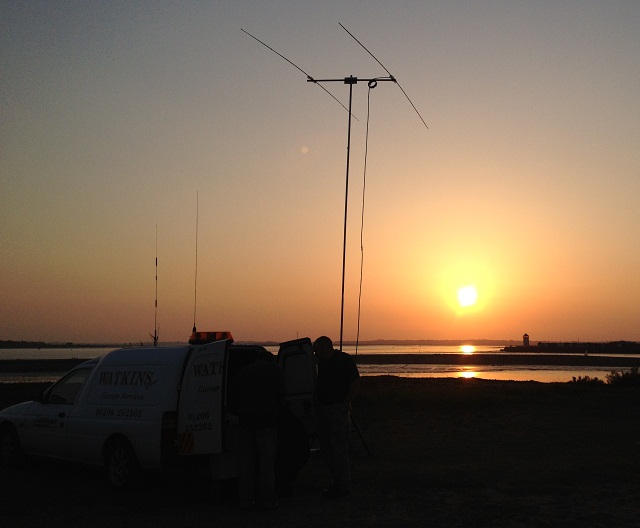 The 10m yagi at sunset 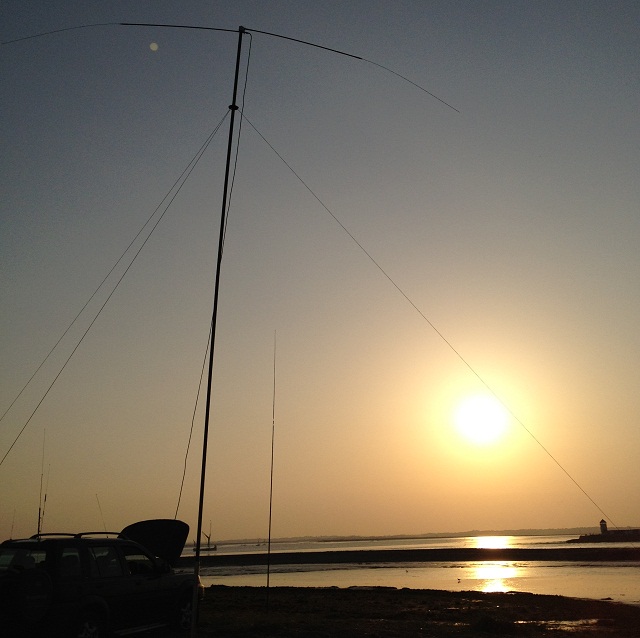