I’ve not posted much this year because I’ve not been doing much new stuff. I’m still messing around with the very low power modes and enjoying that a lot. I’m transmitting WSPR and QRSS all the time and tend to leave the transmitter running on one band/mode for a month or so at a time.

In the last week, I’ve built a QRP Labs OCXO (oven controlled crystal oscillator). I originally started building one of these quite some time ago but I made a big mistake and ended up just binning it and forgetting about it.  This time I was determined to do better.

I started off with this kit of parts. 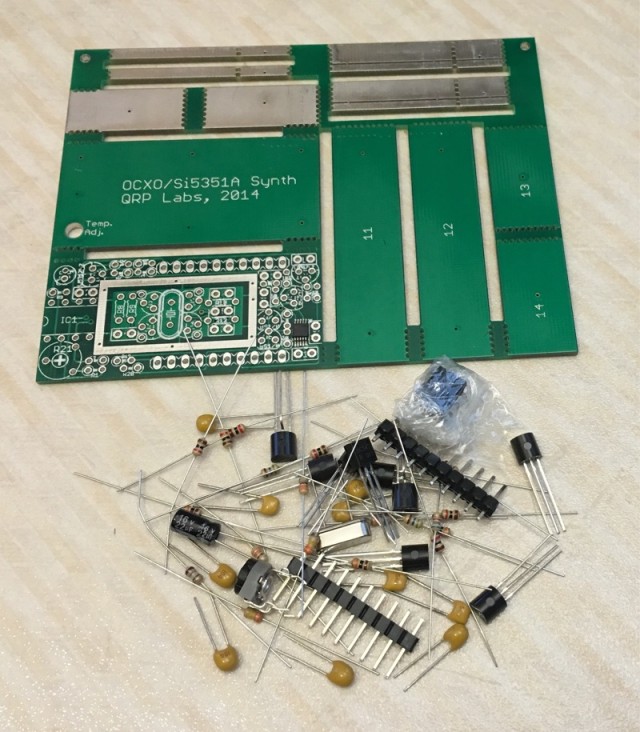 Kit of parts for the OCXO

After a while, I’d managed to assemble the two boxes for the oven and fit the oven components.  This is small and fiddly work, to give an idea of scale, I’ve added a 5p coin. 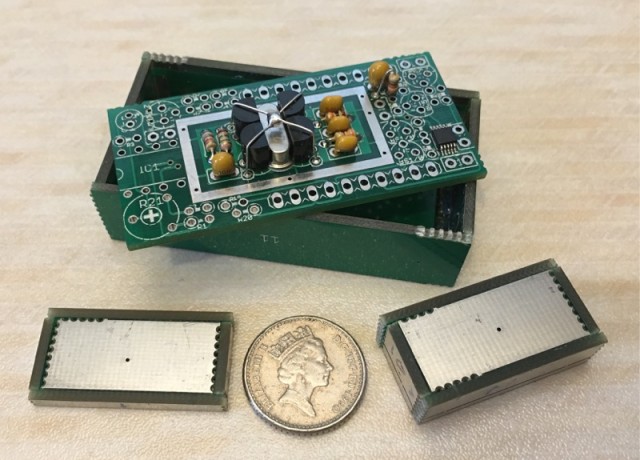 A few hours later, everything was done.  Here you can see the two halves of the oven, one each side of the main PCB.

Side view of the finished OCXO 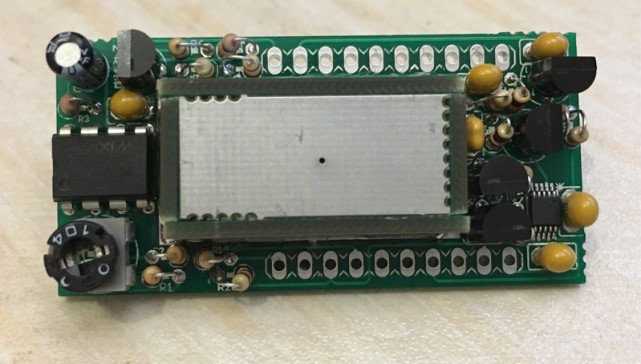 The top of the completed OCXO

To build this oscillator took around six hours and on top of that, once I got it into the final box and then into a transmitter, it took another couple of hours of gentle tweaking to get the temperature control set correctly.  It’s a case of adjusting it, waiting for ten to fifteen minutes for it to stabilise and then adjusting it again, repeating that process over and over until the minimum frequency is reached.  It’s a slow job but worth it.

I also built a replacement transmitter, a Hans Summers Ultimate 3S and fitted the OCXO to that.  I’ve been running it for a few days now and the stability is really quite incredible for such a low priced unit.  The previous transmitter used a DDS module which took a while to warm up and then tended to drift depending on room temperature and even just breathing on it could cause it to drift.  I’d sort of worked out the foibles of it and it wasn’t actually bad, I had it all built into a sealed case which was an effective oven anyway.  But this new OCXO is absolutely amazing.  It’s calibrated by GPS and once it’s reached operating temperature in around ten minutes, the stability is superb.  I’m monitoring myself and have noticed less than 0.1Hz drift over the last 24 hours! 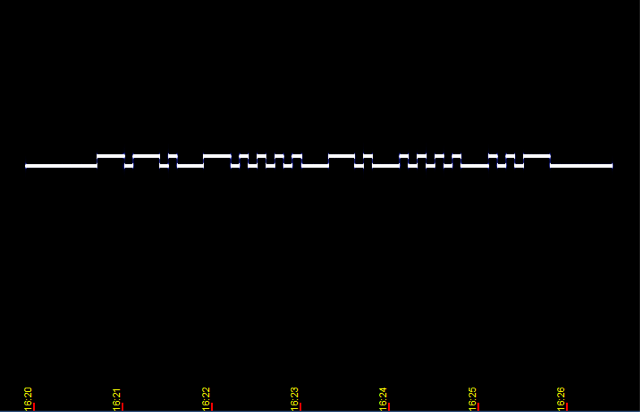 At time of posting, conditions haven’t been great on 40m and the best WSPR spot I’ve had has only been to the east coast of the USA.  I’m hoping to be received by ZL2IK’s QRSS grabber once things improve a bit.

The original output power of the U3S was around 150mW but I wanted a little more.  I’ve added a second PSU to the box with a slightly higher voltage for the output stage (three BS170 FETs) and fitted some heatsinks and I’m now running about 500mW output.