I keep a regular eye on the contest calendars as although I don’t have a lot of time for serious entries, it’s nice to be able to give away a few points.  For example – I worked around one hundred stations in the IARU HF World Championship last weekend without too much effort.

This weekend was the DMC RTTY contest and I fired the wireless up yesterday afternoon for half an hour or so and only noticed after I’d finished that it was still set to just 10W output following a WSPR session where I was specifically trying be spotted in Canada on 10m.

This morning, I worked a few more stations in the same contest and left the radio on low power deliberately so I could make an entry in the QRP section.  It’s quite fun to operate just the last hour of a contest because (in theory), you should get a lot of stations wanting to work you and it’s possible to get a decent rate going.

In the last 55 minutes of the contest, I worked 42 stations which for a QRP setup isn’t bad.  It’s not going to be anywhere near a decent score but I’ve submitted my entry anyway. 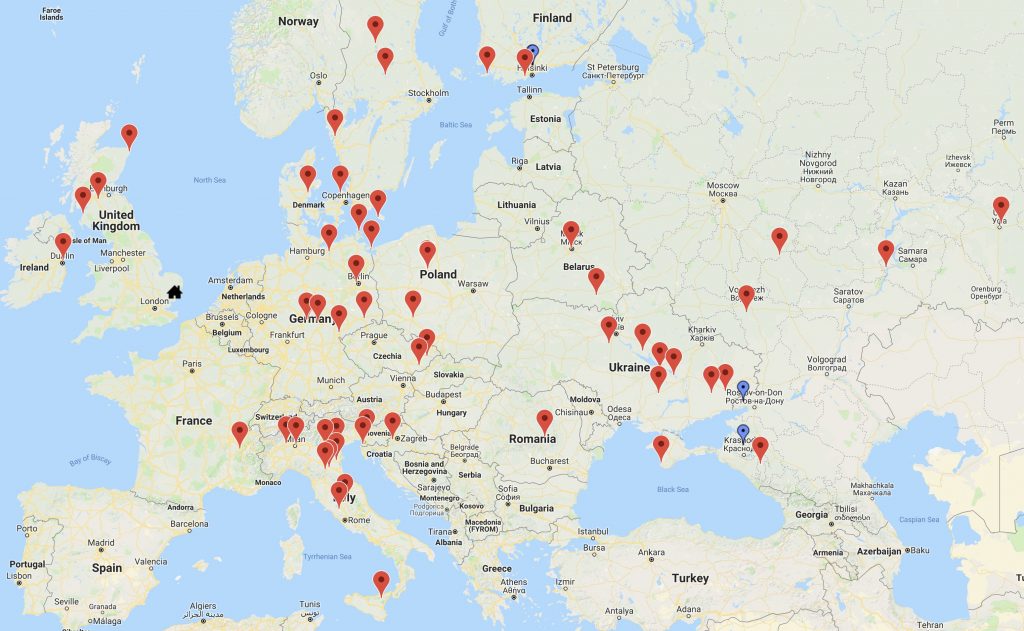 Map of stations worked in the DMC RTTY contest 2018