A week or so I was inspired by a post on a forum I frequent to build a nixie clock.  If you don’t know what a nixie tube is, the best way for me to explain it is to reproduce the first few sentences from Wikipedia.

A nixie tube is an electronic device for displaying numerals or other information. The glass tube contains a wire-mesh anode and multiple cathodes. In most tubes, the cathodes are shaped like numerals. Applying power to one cathode surrounds it with an orange glow discharge. The tube is filled with a gas at low pressure, usually mostly neon and often a little mercury and/or argon, in a Penning mixture.

Although it resembles a vacuum tube in appearance, its operation does not depend on thermionic emission of electrons from a heated cathode. It is therefore called a cold-cathode tube (a form of gas filled tube), or a variant of neon lamp. Such tubes rarely exceed 40 °C (104 °F) even under the most severe of operating conditions in a room at ambient temperature.

The most common form of nixie tube has ten cathodes in the shapes of the numerals 0 to 9 (and occasionally a decimal point or two), but there are also types that show various letters, signs and symbols. Because the numbers and other characters are arranged one behind another, each character appears at a different depth, giving Nixie based displays a distinct appearance. A related device is the pixie tube, which uses a stencil mask with numeral-shaped holes instead of shaped cathodes. Some Russian nixies, e.g. the IN-14, used an upside-down digit 2 as the digit 5, presumably to save manufacturing costs as there is no obvious technical or aesthetic reason.

Each cathode can be made to glow in the characteristic neon red-orange color by applying about 170 volts DC at a few milliamperes between a cathode and the anode. The current limiting is normally implemented as an anode resistor of a few tens of thousands of ohms. Nixies exhibit negative resistance and will maintain their glow at typically 20 V to 30 V below the strike voltage. Some color variation can be observed between types, caused by differences in the materials and gas mixtures used. Longer-life tubes that were manufactured later in the nixie timeline have mercury added to reduce sputtering resulting in a blue or purple tinge to the emitted light. In some cases, these colors are filtered out by a red or orange filter coating on the glass.

I’ve always liked clocks and this seemed like a very good and quite simple project with striking results.  I looked around and decided on a kit from PV Electronics and I got lucky in that they had just one kit complete with IN-8-2 tubes come in stock so I quickly snapped it up and it arrived a few days later. 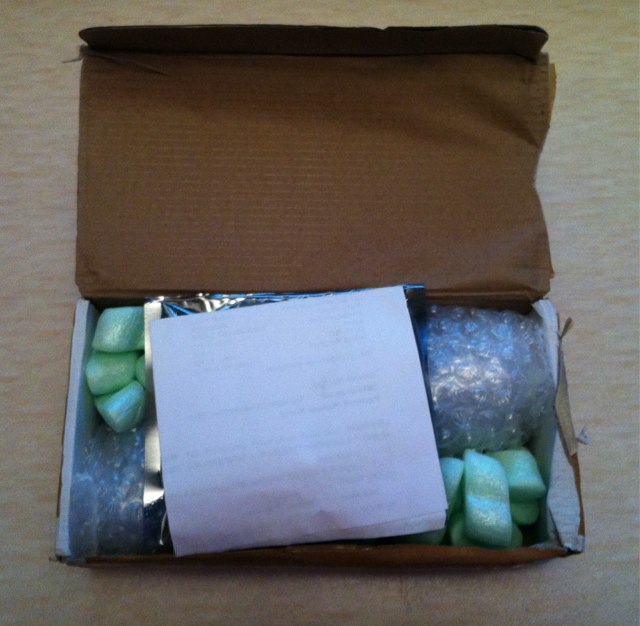 Here's what's inside the box from PV Electronics 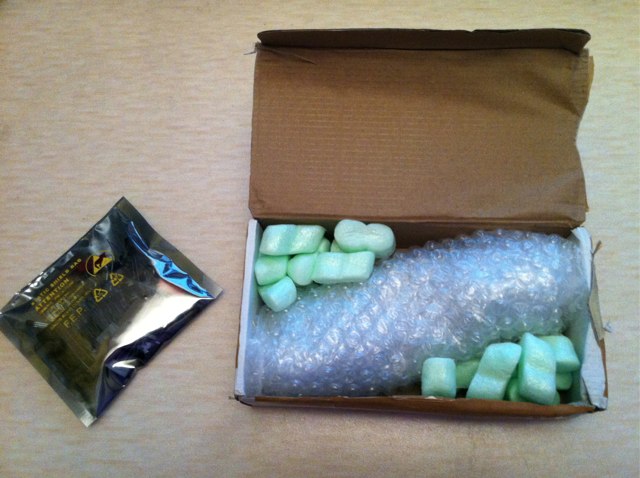 Remove the invoice, there's a bag of components and some bubble 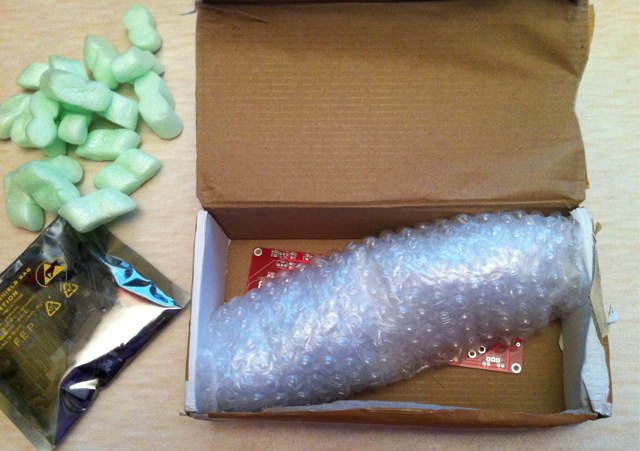 PCB at the bottom under bubble 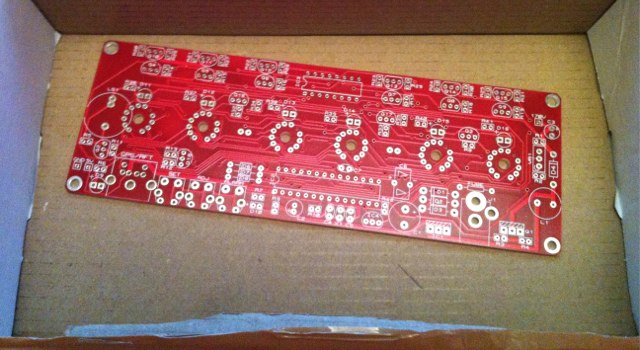 Here's the PCB, it looks well made 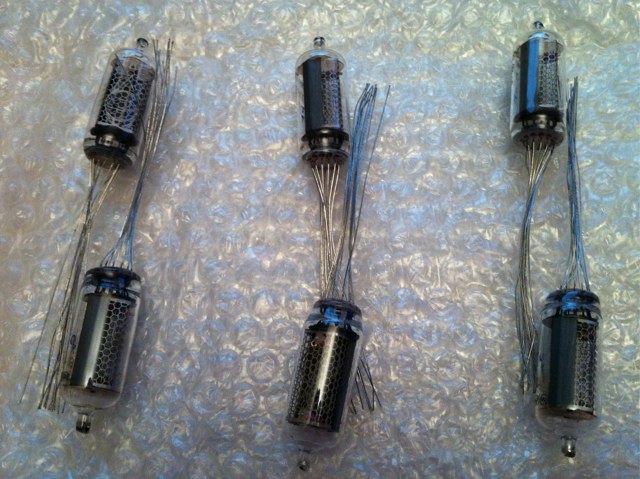 Unwrap the bubble and here's the nixie tubes 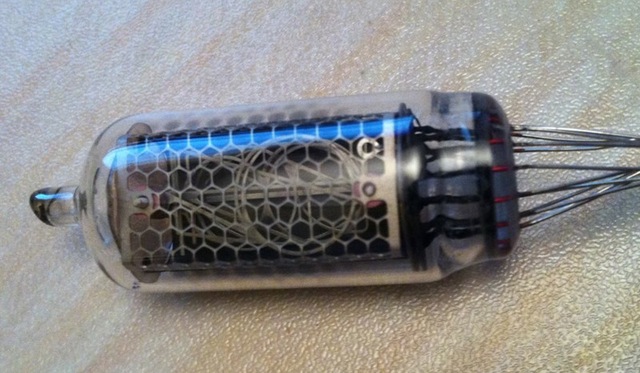 Close up of one of the nixie tubes

A quick read through the instructions and I started assembling the kit. 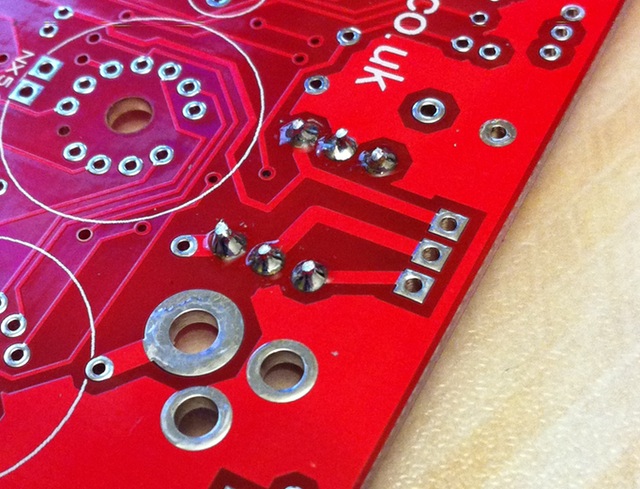 The first diodes have been soldered in place 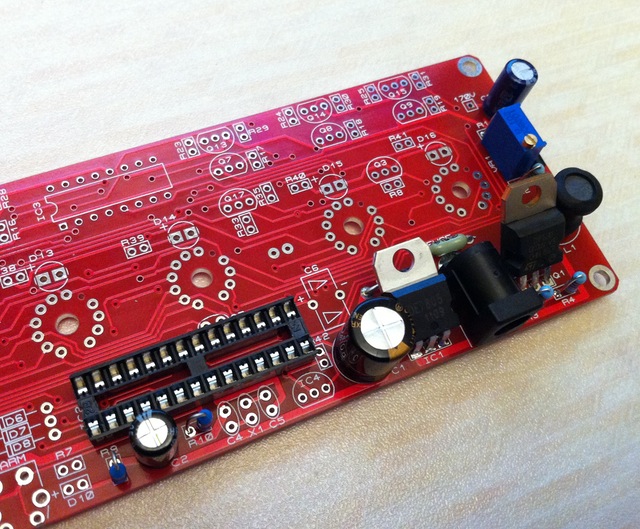 The high voltage PSU is assembled and tested

It didn’t take too long to complete the kit and around two and a half hours of construction time later I had the board completed.  It was time to connect the first nixie tube for testing. 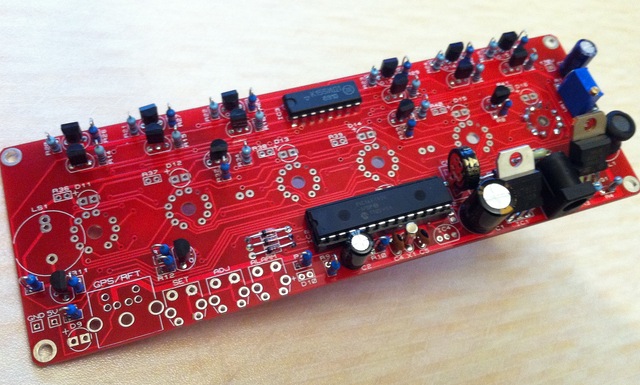 The board with all the components fitted 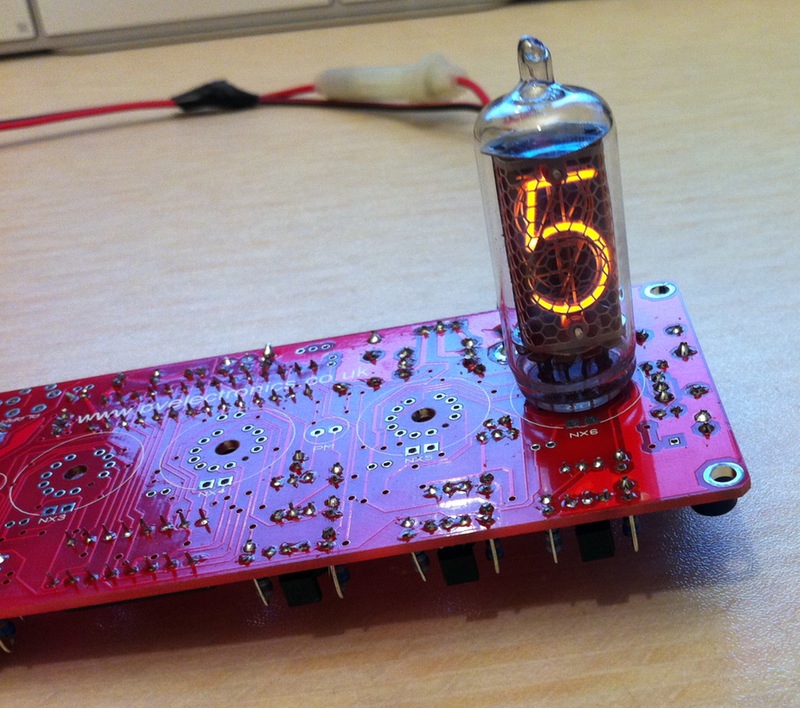 The first tube fitted and being tested

All tubes in and in a test cycle

I’d also picked up a cheap second hand GPS module as it’s possible to synchronise the nixie clock with either MSF or via GPS and as there’s a lot of RF in my shack which I know can interfere with MSF, I went with the GPS option.  Once that was connected and the clock settings changed to switch the interface on, the time corrected itself.

The completed clock showing the time

I estimate that this took around four hours to build over the space of two evenings and an afternoon.  The only tricky part was feeding the wires from the nixie tubes through the holes onto the board but even that wasn’t difficult.  It’s not a tricky kit to assemble and the instructions are very clear and simple to follow.

Here’s a short video of the clock running (I think it’s appropriate that my wireless happened to be listening to a Russian working stations while I was recording it).  You can see that it enters a ‘slot machine’ mode which cycles through all the available digits – I’ve got it doing this every minute just to exercise the tubes which although ‘new’, they are many years old.

The clock is currently sitting on a shelf in my shack exactly as you see it there.  I will build it into a case but I’ve not decided what sort of case to use yet, whether to make something specifically to house it or whether I’ll just pick up an appropriate piece of old radio equipment at a rally somewhere and build the clock into it.  Whatever I do, it’s a great shack clock, really easy to make and with character.