A while later, 2E0SQL, Peter mentioned on Twitter that he’d worked a few stations in the Ukrainian DX Contest so I put the radio back on and before I knew what had happened, I’d had 53 QSOs!

After that I had a quick chat with S550ACP, Dusan on 20m and that was me done for the day.

When I got up on day #310, I switched the wireless on and carried on from where I’d finished the day before and managed to get a couple of nice runs going on both 10m and 15m averaging one a minute for around an hour and a half.  It’s not up there with the big boys but it was fun to do.  I finished the contest with 203 QSOs in my log (although due to a glitch on the logging software I never gave out number 128) and if you’d like to see my log then you can download it in .csv format by clicking here.

I produced a map of most of my QSOs by exporting a .adif file from SkookumLogger and importing it into Aether.  I then told Aether to go look up all the callsigns on qrz.com and finally I exported a .kml file which I was able to load in Google Maps.  It’s not all the QSOs because some stations don’t have their details on qrz but it’s quite representative.  Click the map for a larger version. 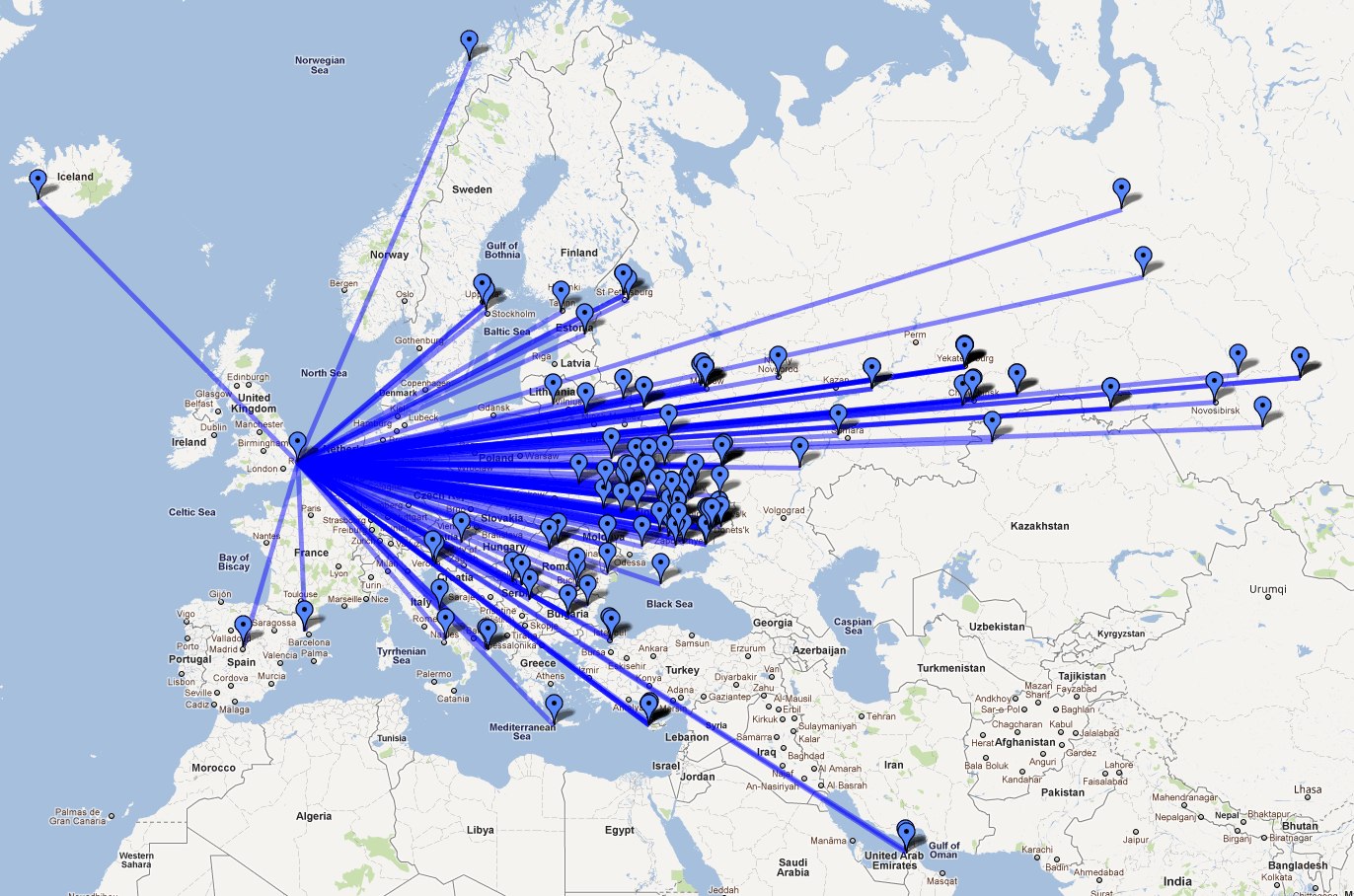 After the contest I had three further QSOs on 10m, I worked TJ3AY, Henri in Cameroon for a new DXCC then FM5DN, Leon and finally 8P6AZ in Barbados for another new entity.