It’s surprising how just a few days without being able to play radio can affect someone.  I was up unusually bright and early this morning and off to Ipswich for the East Suffolk Wireless Revival 2012 (Ipswich Rally) where I met up with a few friends for breakfast before heading into the rally. 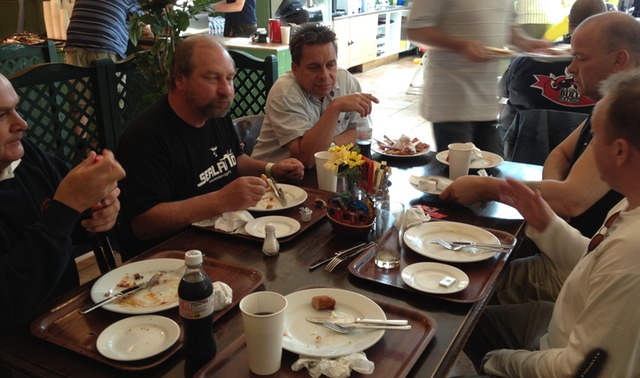 Breakfast at the Truck stop before the Ipswich Rally

Unfortunately the rally was a bit of a disappointment, it was all outside this year and really wasn’t very well attended by traders/boot sellers.  I didn’t do an exact count of the number of exhibitors but I would hazard a guess at between fifteen and twenty.  I’d gone with a shopping list but the only thing I spent money on during the day was breakfast.  It was a nice social event though and it was good to chat with some friends I’ve not seen for a while.

After the rally and despite the high wind and rain shower, M6DHU and I spent an hour or so fitting the replacement elements which were delivered on Friday to my Hexbeam.  It’s good to see it with elements again as it did look a little bare without them. 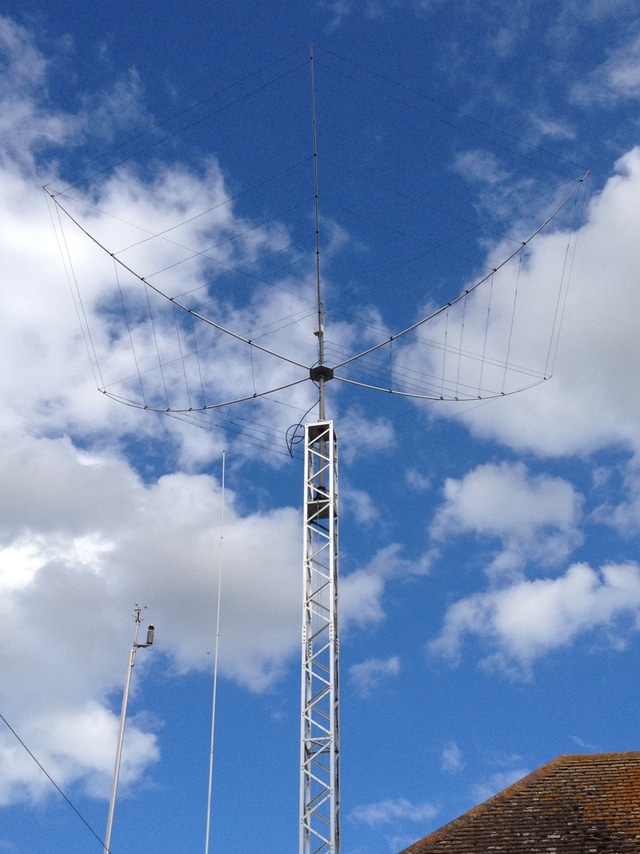 Everything appears good, the VSWR is slightly better on all bands with these new elements that it was before, not that it was poor previously.  It’s also working well as my first four QSOs this afternoon were with a new DXCC entity, the 1A0C (Sovereign Military Order of Malta) DXpedition on 17m (CW), 20m (SSB), 15m (RTTY) and 12m (SSB) taking me up to 205 entities worked. 1A0C isn’t far but the pileups are enormous!