On the 25th August I was warming up for the SCC RTTY contest and having a few quick QSOs prior to the start when I noticed my SWR had jumped from 1.1:1 to over 2:1.  This is exactly what happened before so I went into the garden and peered up at the aerial.  This is what I saw. 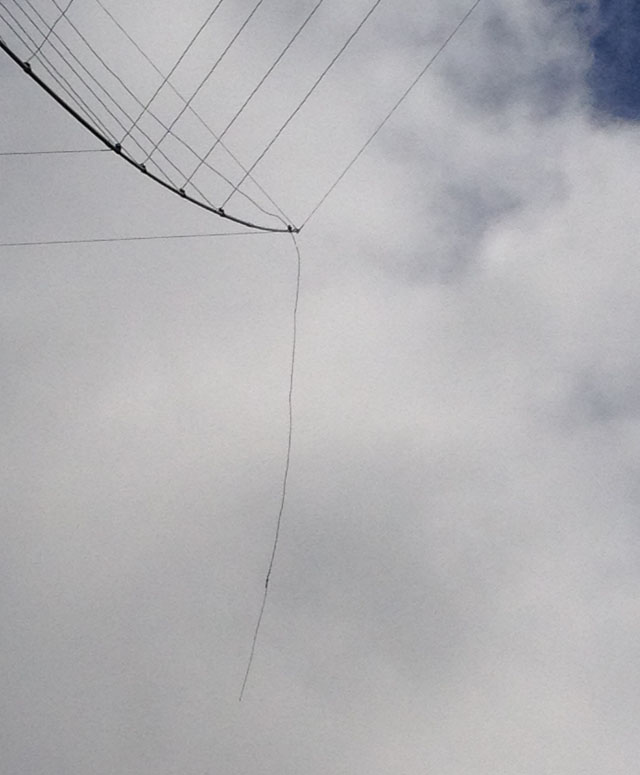 Dangling 20m element on my Hexbeam

The 20m element had broken and was dangling, just as happened before.  It was raining.

I contacted Ant, MW0JZE who suggested that I could make a temporary repair to the aerial to get me going again while he looked at other options.  The weather wasn’t good enough to do it then but the following day I lowered the mast and made this temporary repair. 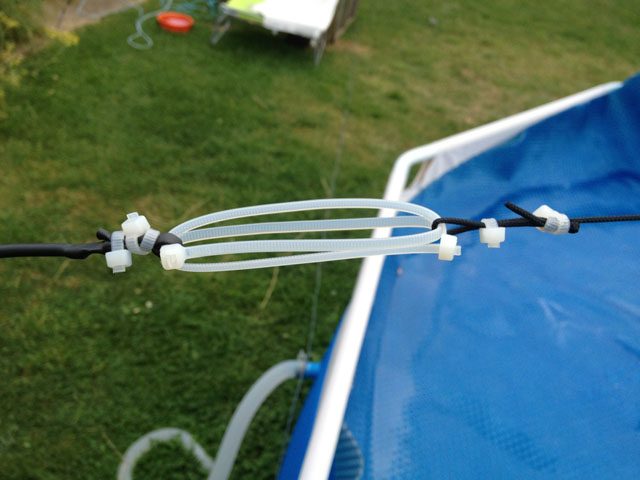 Temporary repair to my Hexbeam

Once again the cord had been burned through however this time there was a subtle difference.  Previously the aerial had broken between the driven element and the cord but this time it had gone between the cord and the reflector.  Here’s the burned section of cord. 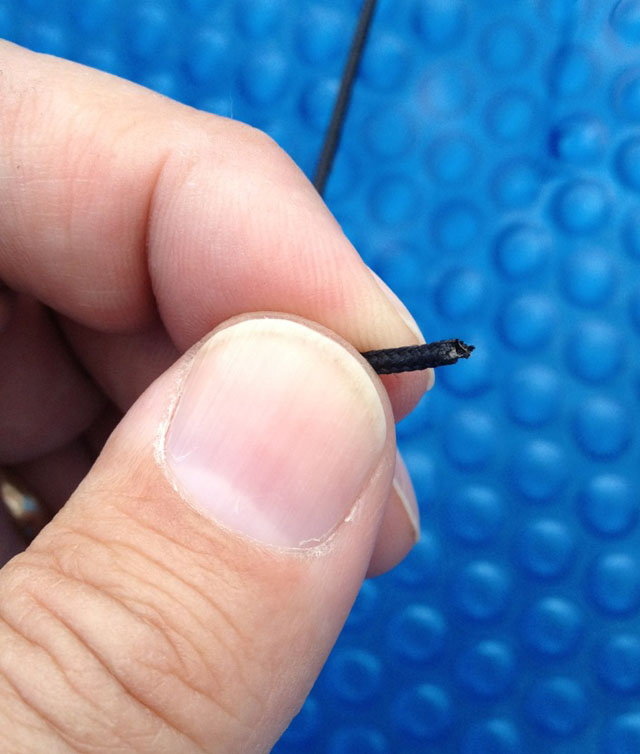 Although it might not seem like it, this was actually good news.  Ant’s fix for the driven element had worked so the same thing just had to be applied to the reflector side of the cord.  He quickly sent me a set of replacement separator cords and a pile of heatshrink so that I could make the repairs myself.  Because the pool has been up in the garden it’s been difficult to make the repair and so I had to wait until the pool was taken down.  Today was the first chance I’ve had so I lowered the mast, removed all the old cords and fitted the new ones. 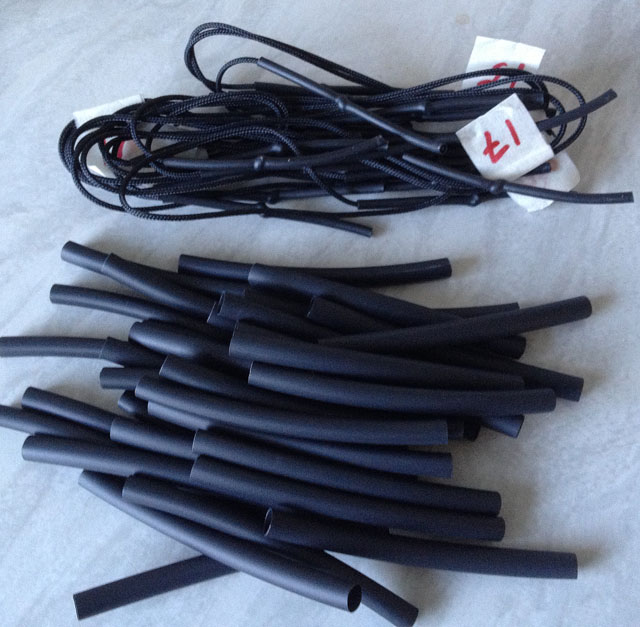 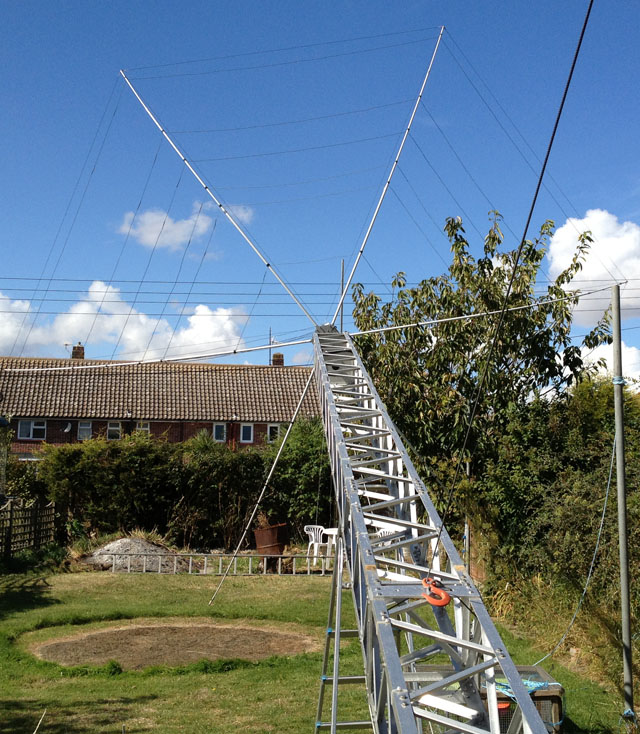 Alimast is down for the work to be done – You can see the circle of grass where the pool was. 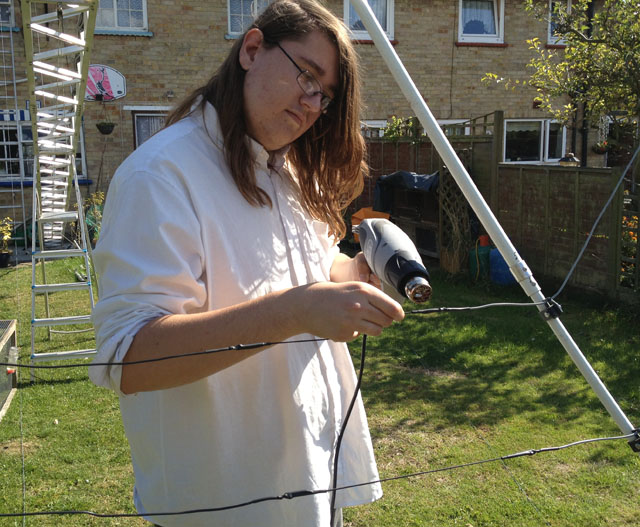 M6DHU uses a heatgun on the 10m element heatshrink. Yes, he needs a haircut!

The whole procedure took about an hour to do, we didn’t do the 6m element because it’s a band I’m not too bothered about using and even when I use it, I’m not normally using the amplifier.

Hopefully this has resolved the problem and the Hexbeam will now be trouble free.